In the October 30, 2018 Ask The Headhunter Newsletter a reader recounts her experience with a small-business owner and how he plays games with job offers. 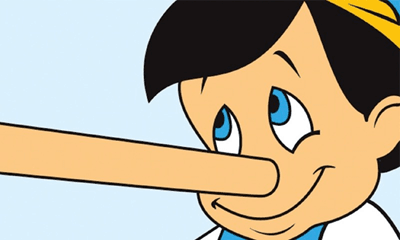 I just came across some of your articles when trying to research my job offer being rescinded (Behind the scenes of a rescinded job offer, Job offer rescinded after I quit my job). A lot of what you wrote resonated with me and made me feel much better about my experience today.

I interviewed for a high level position at a smaller company, so I was talking to the owner directly. Here are the key facts about the compensation:

I said I was still very interested and excited about the role. I explained that I would really like to review the details of the whole package, including the benefits, in case I had any questions. It’s a small company and there were some non-standard things they were doing with benefits, like providing some kind of stipend for your cell phone and other things, but no 401(k).

Here’s how that discussion went:

That evening, I got an e-mail saying he was rescinding the offer. He said he wanted someone who was so excited about joining his company that they are prepared and anxious to accept the offer when it’s made verbally.

He said that he felt I lacked passion for his company and that he didn’t want anyone there who was not passionate about his brand.

I wrote him back a professional response thanking him for everything.

I felt very validated when I found your articles because you explain that employers often make verbal offers because they are merely fishing for a reaction, not actually making a bona fide offer. That’s exactly what this was.

The job is an analytical one, so I was surprised that they would expect an instant, seat-of-the-pants response when they were looking for a detail-oriented, analytical person!

When I told my friends what happened, they fell into two camps. All my friends who work at various levels in corporate environments (including HR) thought I did nothing wrong. Two of my friends who both own small companies agreed with the owner and said they, too, would have rescinded the offer because they felt it was insulting to not immediately accept the verbal offer. They said that asking for the offer in writing showed I lacked trust. This of course goes against everything I know and believe.

I see what happened as a red flag for how I may be treated in the future. I’m at a bad job now but I don’t want to go to another bad job. I’m interested in this divide between large companies and small business owners, and I thought you would be, too.

Are the negotiating rules really different for small companies versus larger ones? Or are the small business owners I’ve described just outliers? Thanks for your comments.

I think you dodged a bullet. Your story is important because it highlights a raft of games employers play with job offers.

Are these problems particular to small companies? While I can’t offer data to support this, my experience suggests small business owners are far more likely to play these games than managers in larger companies. I think business owners tend to be far more autocratic than their peers in companies that have many owners or investors.

Let’s look at the facts you presented above — #6 through #9. This business owner decided to extend an offer after you satisfactorily negotiated a more-than-reasonable decision deadline. He made a verbal agreement with you about the deadline. Then he reneged on what he agreed to.

That’s strike one against him. It tells us he can’t be trusted.

You prudently asked for details of the offer in writing. He hedged, then agreed. Then he reneged and never provided anything in writing. I think he never had any intention of giving you a written offer.

Get it in writing.

Benefits: The employer trick that lowers your job offer.

This is different from merely agreeing to a decision timeline. This is about reneging on putting terms in writing. Do you think he does business deals on a simple handshake, without anything in writing? That’s a rhetorical question but, of course, he may in fact do deals with nothing in writing.

After tactful questions from you about the salary and bonus structure (#1 – #5), he refused to commit to anything concrete. He wants you to trust him, but he doesn’t trust you. He uses a double standard.

The old rule about “trust but verify” is why we put agreements in writing. I’ll repeat: This guy had no intention of putting anything in writing. “Trust me” means “No.”

The egregious management error this employer committed was to judge you unworthy because you failed to instantly display passion and a sucker’s excitement for an incomplete, dishonest job offer. He lost a potentially great hire.

If a strike four could be counted, that’s it.

If he wants to hire a foolish employee, he’s talking to the wrong person. If he’s looking for a thoughtless worker whose decision-making process is marked by a lack of prudence and due diligence, he should absolutely move on to another candidate he can lie to and hire on the spot.

The lessons from this game

It’s a good sign when an employer engages in a negotiation with a job applicant on compensation, on the terms of the job, and even on when a decision is due. It suggests you’ll be working for a boss who values your input and your circumspection, and who wants to make working together a win-win experience.

It’s a bad sign when an employer plays games.

You’ve taken the trouble to share your experience in very useful detail, revealing the many games employers play with job offers. This guy is bold enough to play them all at once — then to blame you for catching him.

These are some of the lies employers tell, presented as a sort of “dictionary.” Here’s what unworthy employers will do in the hiring process:

These are all lies unworthy employers tell job applicants they try to take advantage of. The words in the little “dictionary” above actually mean something to good employers — and you’ll see that instantly in a good employer’s behavior.

You should never go to work for employers who play these job-offer games. You’d regret it because they’d behave the same way day-to-day. They’re jerks.

For more about how to negotiate the best compensation package, see:

Fearless Job Hunting, Book 9: Be The Master of Job Offers

I think you’ve identified at least three people you should never work with — including your friends who said you insulted the employer and displayed a lack of trust. Don’t doubt your judgement – it has certainly served you well here.

Whether you’re talking to a big or small company, the approach and questions you relied on here will tell you all you need to know about an employer.

From the details you shared, I see a prudent, honest, forthright, responsible professional who treats others the way she wishes to be treated. I see no fault in anything you said or did during the hiring process. In fact, I compliment you for doing everything right – it all combined to help you dodge a bullet.

On to the next! Find a company that deserves a good hire.

My only suggestion is to carefully check a company’s and manager’s references before you invest your time interviewing there. You might find this useful: 5 rules to test for the best job opportunities.

What lies have you heard employers tell job applicants? What would you add to the dictionary above? What else should job seekers look out for in the throes of getting a job offer? What details do you insist on having in a written job offer?