Every employee’s worst nightmare, getting outed on Glassdoor, could become a reality 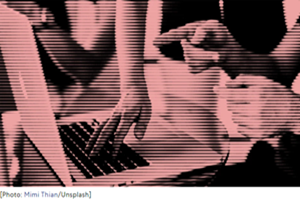 
You’ve left a company that you have legitimate grievances against. As thousands of others do, you go to Glassdoor to leave what you believe is a fair and accurate appraisal of your work experiences at the company. A short while later, you’re notified that your former employer has taken court action to out you, claiming your review breached the company’s severance agreements.

But this is no hypothetical nightmare; it’s what no fewer than 10 former employees of cryptocurrency exchange company Kraken are facing. As EFF (Electronic Frontier Foundation) Staff Attorney Aaron Mackey says: This litigation is designed to harass and silence current and former Kraken employees for speaking about their experiences at the company.

Glassdoor built a mud pit. It has long profited from employees who enter the pit and sling mud — anonymous negative company reviews. Meanwhile, companies reward HR staff for posting fake positive reviews. (See also: Is wrong information being given out at Glassdoor?) Now companies are conditioning severance packages on no-mud-slinging (non-disparagement) clauses. It was only a matter of time until the splatter triggered lawsuits.

Once they enter the mud pit, does anyone have a right to complain about getting splattered? Do you have a right to post anonymous complaints about your experience with an employer? Does an employer have a right to stop you from talking about its reputation — in exchange for a payoff in a severance package it gives you?