In the January 23, 2018 Ask The Headhunter Newsletter, we take a look at the job monopoly that keeps a lid on pay. 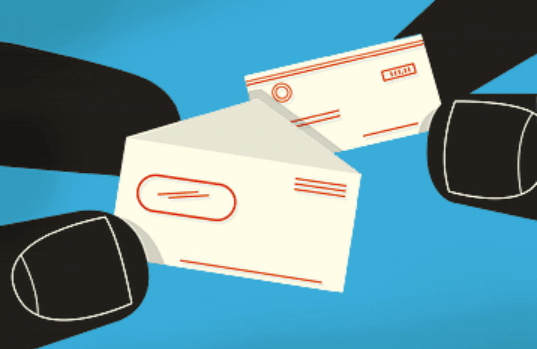 You’ve probably already read this on Slate. Three economists conducted a study that asks, Why Is It So Hard for Americans to Get a Decent Raise? (The paper is only in draft form so Slate includes no link to it.) I think your readers might have some interesting things to say about whether there’s a job monopoly that controls their pay.

Here are the key points:

In other words, in areas where there are only one or two companies posting a certain kind of job (e.g., delivery van drivers in Selma, Alabama), pay for those jobs has stagnated or declined. They call this monopsony. Like a monopolist that controls prices because it controls supply of a product or service, a monopsonist company controls pay unfairly because it controls the supply of certain jobs.

But I think it’s far worse. (You’ve already touched on this before in your article Consulting: Welcome to the cluster-f*ck economy.) I wonder if those economists are taking into account all those “consulting firms” — middlemen who provide, say, most of the computer programmers to several employers in an area — that create further aggregation of hiring entities who would otherwise be competitive.

What do you say about this? What does everyone on Ask The Headhunter think about it?

Wow, that’s one cool new word for our vocabulary: Monopsonist. It opens up a whole new world of worry!

Consulting firms and the job monopoly

I don’t think there’s any question that a handful of “consulting firms” that funnel workers to lots of companies in a particular industry, field or discipline constitute a job monopoly that kills competitive pay. I suspect your insightful guess is correct: The consulting industry is aggregating jobs and labor, thereby controlling — and depressing — pay. It wouldn’t surprise me if those economists totally miss the consulting-firm factor. (See Will a consulting firm pay me what I’m worth?)

The economists should ask workers who get their jobs via these aggregators, what is the difference between what a consulting firms pays them, and what the firm charges an employer for them. That’s never disclosed, and that’s the dirty little secret of the corporate world — and our economy. (We’ve looked at another topic that economists seem to view with blinders on: What the Federal Reserve doesn’t know about recruiters.)

But there are other issues and questions, too.

While I could ruminate for pages about what this means to workers and job seekers, and to our economy, I’m going to respect your request and roll this out to our community, in the form of a bunch of questions the article raises for me. Let’s see how everyone views this — and what questions and answers they’ve got.

I strongly suggest that everyone reading this column stop right here, and please read the Slate article before proceeding. It’s a worthy read — and I think it’ll get up your ire after it raises your eyebrows!

Are the data legit?

The Slate article by Jordan Weissmann raises a lot of questions, and not least of them is one about methodology.

Nonetheless, the study raises provocative questions whether or not the data are legit.

“Since 1979, inflation-adjusted hourly pay is up just 3.41 percent for the middle 20 percent of Americans while labor’s overall share of national income has declined sharply since the early 2000s.”

“Then there’s antitrust… This paper’s findings suggest that Washington needs to think more carefully about how mergers can impact the job market.”

“Take the minimum wage. The classic argument against increasing the pay floor is that it will kill jobs by making hiring more costly than it’s worth. But in a monopsony-afflicted world where companies can artificially depress wages, a higher minimum shouldn’t hurt employment, because it will just force employers to pay workers more in line with the value they produce.”

Is hiring no longer competitive?

Weissmann closes on this point:

“We’re living in an era of industry consolidation. That’s not going away in the foreseeable future. And workers can’t ask for fair pay if there aren’t enough businesses out there competing to hire.”

I’ll bring it back around to the insight (offered by the reader who kindly brought all this to our attention) about “consulting firms.” (I put that in quotation marks because most of these firms don’t consult at all — they merely rent workers for profit.)

And who’s going to do anything about it?

Okay, folks: Have at it! Is there a growing monopoly on jobs that affects pay? How does it work? What do you think about all this? What questions do you have that we can all try to tackle?