A reader asks for help giving career advice to a high school kid who is about to enter the real world, in the September 1, 2020 Ask The Headhunter Newsletter. 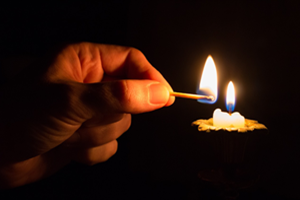 I know Ask The Headhunter is for adults, but can you help me help a good kid? My nephew will graduate from high school next year and I’m trying to give him some career advice and vocational guidance. (I’m the only adult family he’s got.) He’s not good with academics, but he loves computers, and I think he might do well with a two-year junior college Computer Science program.

I would like to be thorough in exploring possibilities with him, including those outside technology. I looked at the Department of Labor’s Occupational Outlook Handbook forecasting “tomorrow’s jobs,” and I found a web site that purports to help determine aptitude and occupational interests. There appear to be a number of such services online, but I’m sure they vary in quality.

Are there better ways to do this? Thanks very much for your suggestions.

Good for you for trying to help. Your influence and interest alone will make a huge difference in this young man’s life. But the thing that will affect your nephew’s success more than anything is his motivation. Help him with that first.

Do not get too stuck on how he has performed in school to this point or on whether he should pursue a vocational education or a four-year academic program. Lots of kids just can’t handle the traditional classroom, but they can do well in a more applied setting where they are motivated to learn things that have a clear connection to their own goals.

Maybe he should be a computer technician, a computer scientist or a database administrator. Maybe he should be an engineer or an auto mechanic. The objective will guide the choice of education. His motivation is key. You can help him find that motivation by pointing him toward the right resources and being there to discuss his interests, questions and concerns. Direction is the best career help you can give him.

Some basic aptitude and interest surveys are a good idea, and you can get these career tools very inexpensively at a local community college. (Contact the career services department.) You don’t need a commercial company for this. Just be aware that these surveys are limited in their ability to guide anyone. These tools can stimulate new ideas, but don’t let them limit your nephew one way or the other. Let him explore and choose what he wants to pursue.

Don’t worry. If he makes a mistake, he can change his mind later. Motivation, however, is necessary now or you’ll lose him.

You are this young man’s most important mentor. Know what will motivate him more? More mentors!

Here’s the smartest thing you can do. If your nephew has some specific interests, try to find local companies that match up to them. Then start asking around. Do you know someone who knows someone who could introduce him to a person who does the work he’s interested in? Maybe he could shadow this person for a day at work, or get advice on what it takes to get that kind of job.

I would start with contacts you already have — people who know all kinds of workers from trades people to professionals. I’m talking about your priest, rabbi or other cleric. Your banker, doctor, lawyer or accountant. These are mentors who can introduce your nephew to more specific mentors. All these people know the local work landscape and can make suitable personal introductions.

The one-on-one exposure to folks who do the work your nephew wants to do is key. This is a great reality check and it will help him decide, “This is not for me,” or it will motivate him to work all the harder. When a kid can experience “the real thing” and get advice from an insider about what it takes to be successful, well, get out of the way. His motivation will go into high gear.

If your nephew has no clue what he’s interested in, try The Library Vacation, but go with him — at least the first day — to help get him on track.

As for the DOL Handbook, it’s a wealth of job information. But don’t get wrapped up in “what’s hot.” The hottest jobs cool off pretty quickly. What gets people through the down cycles in their careers is their motivation and their expertise. Even in the most depressed fields there are true experts still commanding good salaries. That’s the goal. Not to survive, but to become one of the best.

Plumber. Programmer. Landscaper. Doctor. Electrician. Carpenter. Engineer. Mechanic. Whatever the work is, there must be motivation to excel behind it. Help this kid feed his excitement about whatever it is he thinks he wants to go toward. Guide him and help him. But don’t try to stop him from making a mistake or two. Be there to help him get back on track. But above all, feed his motivation. The direction he ultimately takes will depend a lot on your guidance.

Again, I compliment you for helping him out. Even kids whose parents have college degrees and professional jobs don’t always get this kind of adult help. Best wishes to you both.

Where can kids get good education and career advice today? Where did you find guidance when you were young? What can this uncle do to help his nephew? 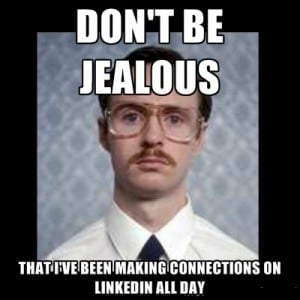