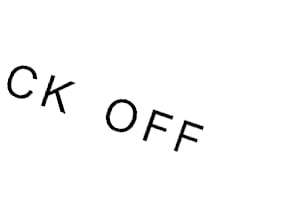 I read that Massachusetts made it illegal for employers to require your salary history when you apply for a job. I always thought this was wrong to begin with. It’s how companies “justify” low-ball salary offers. This seems to back up what you’ve been saying all along — but what about those of us who don’t work in Massachusetts?

I told you so.

Job applicants have been getting screwed by HR departments since time immemorial through intimidation and badgering:

“We can’t proceed with your application until you tell us what you’re getting paid now. It’s the policy!”

This is a popular topic on Ask The Headhunter, and I advise people to just say NO. (See Salary History: Can you afford to say NO? and Keep Your Salary Under Wraps.) When employers demand to know your salary, it’s for just one reason: to low-ball any offer they make you.

And now everybody knows it.

The state of Massachusetts just passed a law: Illegal in Massachusetts: Asking Your Salary in a Job Interview (New York Times). No longer will HR threaten to “end the application process” if you won’t tell your salary.

The dirty little secret is out:

“Companies tend to set salaries for new hires using their previous pay as a base line… which often leaves applicants with the nagging suspicion that they might have been offered more money if the earlier figure had been higher.”

The impetus behind this new law is to end pay disparity between men and women. (See Don’t blame women for the gender pay gap!) But the problem is much, much bigger.

Employers are the dummies

When employers make job interviews dependent on disclosing your old salary, everyone gets hurt — men and women. Even dopey employers get hurt, because their silly insistence elicits guffaws and “Screw you!” from the best job seekers, who won’t be intimidated and won’t give away their negotiating edge.

The New York Times points out — duh — that:

“The new law will require hiring managers to state a compensation figure upfront — based on what an applicant’s worth is to the company, rather than on what he or she made in a previous position.”

Read the boldface again. Employers will have to figure out what you’re worth.

Jeez. What a concept for a business! What an indictment of the stupid employment system that HR departments have propped up for decades.

Employers who base job offers on what another employer paid you are admitting five things:

This new law is good for employers because it will force them to hire smarter and to be more competitive. Of course, they may need to fire their HR departments and whip their managers into shape. It’s time for employers to figure out how any new hire will contribute to the bottom line.

Jeez. What a concept.

Kudos to Massachusetts for being the first state to outlaw salary intimidation in job applications and interviews. I think the rest of the nation will soon follow. 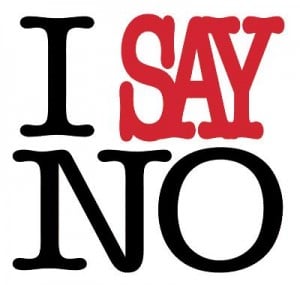 If you don’t live and work in Massachusetts, you still can and should say NO when employers demand your current salary. Smart employers will back off. The rest aren’t worth a job interview, because if they don’t take advantage of you up front, they’ll do it later.

Ask The Headhunter subscribers have been saying NO — politely, firmly and successfully — for a long time:

“The hiring manager more or less offered me the position on the spot and indicated a salary range that is roughly 40-50% more than I make now. Your two biggest lessons (at least for me) at work in the flesh: (1) Never divulge my current salary, and (2) Talk about what I will do, not what I’ve done.” -Rich Mok

“Despite both the headhunter and the company insisting I disclose what I was getting paid at my old job, I stuck to my guns and I was able to double my salary. Plus I got a signing bonus. That would have never happened in a million years if I had caved!” – Bernie Dietz

“I was headhunted for a lucrative job at another company and, following your advice, did not state my current salary, nor did I even hint at its range. Thanks to your book, Keep Your Salary Under Wraps, I ended up with a 40% increase on my previous job and salary! Thanks!” – Daniel Slate

Say goodbye to low-ball salary offers — at least those based on your old salary. Employers can still low-ball you. And the best way to avoid that is to be prepared to show why you’d be the most profitable hire. Don’t be a dummy yourself. See How do I prove I deserve a higher job offer?