Low unemployment isn’t worth much if the jobs barely pay 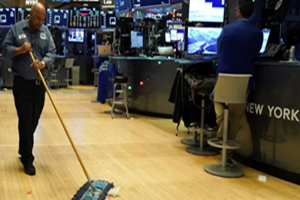 Each month, the Bureau of Labor Statistics releases its Employment Situation report (better known as the “jobs report”) to outline the latest state of the nation’s economy. And with it, of late, have been plenty of positive headlines. But those numbers don’t tell the whole story. Are these jobs any good? How much do they pay? Do workers make enough to live on? Here, the story is less rosy.

In a recent analysis, we found that 53 million workers ages 18 to 64—or 44% of all workers—earn barely enough to live on. Their median earnings are $10.22 per hour, and about $18,000 per year. Other research suggests that there are not enough decent-paying jobs for people without bachelor’s degrees. This matters—workers without bachelor’s degrees make up not just the majority of the low-wage workforce but the majority of the labor force as a whole, so the shortage of such jobs has wide-ranging consequences. Even with sunny job statistics, the nation’s economy is simply not working well for tens of millions of people.

While the feds and the media cheer “the great jobs numbers,” the dirty little secret is wages. Brookings scrapes the lipstick off the pig, and all that’s left is a pig. There’s no talent shortage; there’s a good-paying jobs shortage. Brookings focuses on the 44% of all workers who make barely enough to live on — and that’s troubling enough. What Brookings misses is more highly educated workers who are earning less than they used to.

Which one are you?

Are you earning as much as you used to? What category in the Brookings report do you fall into? Are there really more good-paying jobs than there is talent to fill them? How many lower-paying jobs would you need to have at once, to earn what you once earned?