Go around HR to get the job

For 30+ years I’ve been going around HR when looking for a job and I will continue to do so. I want to talk directly to the hiring manager, or no dice. I am just curious how things get done on your end, because I think many people attempt this but fail. They bypass HR because of all the red tape and lack of feedback or communication, but then the hiring manager will re-direct them back to HR. In your experience, do you find that hiring managers are beholden to HR, despite your best efforts to short-circuit the process? 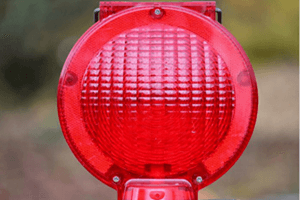 It’s a good thing to encounter a spineless hiring manager who allows HR to run roughshod over the best candidates. Those are the easy ones. You know not to pursue a job with managers like that. Move on.

I’m hardly the only headhunter who will go around HR and make it his business to deal directly with the hiring authority. If HR gets in the way too much, I’ll move on to another client. I’d still “do business” with that company, but instead of placing people there, I’ll recruit people out. (My policy is to never recruit from any company that’s my client. It’s unethical and it’s bad business.)

Who controls candidate selection and hiring?

I’ve found that when a hiring manager allows HR to control recruiting and hiring, I’m going to wind up wasting my time — and so will my candidates. A new hire does not report to HR. They report to the hiring authority or manager. If that manager is too weak to assert control over a critical function like candidate selection and hiring, they’re not worth working for, or the company itself is unworthy because it lets HR run the show. HR’s job is to process the “paperwork,” not to decide who is qualified for a job, or who gets hired.

In companies where HR makes decisions about candidates and jobs, you will need to go around HR simply because HR is not qualified to judge you — unless perhaps you’re applying for a job in HR.

Many, many hiring managers insist on personally controlling candidate selection and hiring. These managers will insulate the candidate (and the headhunter, if one is involved) from HR. They go to bat to get the hires they want simply because they can move more quickly than HR in companies competing for the same candidates. That’s a manager you should want to work for.

I know hiring managers who go around HR and hand-walk job offers to the CFO to get the offer signed and the hire done expeditiously. HR finds out later. It’s the smart manager who understands filling a job quickly and accurately is the fastest way to business success. And it’s your best bet to get hired. Don’t get bogged down with HR while your competition is talking directly with the manager.

If a hiring manager doesn’t control candidate selection and hiring, what do they control as a manager? If you encounter a weak hiring manager, consider moving on because you’re not being hired by the authority who owns the job. You’re being processed by clerks who understand little, if anything, about the job — or about you.

One last thing. You didn’t ask, but here’s How to get to the hiring manager if you haven’t already.

Do you find that HR keeps you away from the hiring manager? How do you deal with that? If you’re a hiring manager, do you defer to HR on candidate selection and hiring, or do you take the lead?