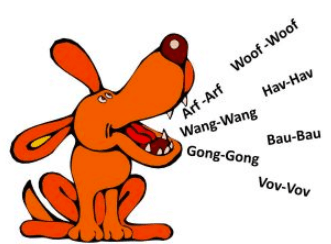 Hundreds of LinkedIn users have commented on a clever cover letter someone sent to a company about a job. The reply he got was an unsigned e-mail blast the company sends to all rejects, suggesting his application wasn’t even read. But he got the last laugh. His cover letter was a series of “Arfs.” He posted it and their canned reply. How embarrassing for the employer to be exposed like that! This is yet another example of how employers treat job applicants. They solicit us then ignore us! What’s the solution to this?

Shawn Gauthier (shawngauthier.com) is a copywriter and creative director in the advertising industry. He’s one of the 155 million members of LinkedIn in the U.S. who turn to this “professional networking service” to find a good job match. But, like many frustrated LinkedIn users, Gauthier finds that this jobs-and-people database is more about robots than true networking.

Fed up with employers who solicit job applicants but then don’t read their applications, Gauthier applied his considerable writing skills to create a compelling cover letter to apply for a job at Chewy.com, an online pet store: 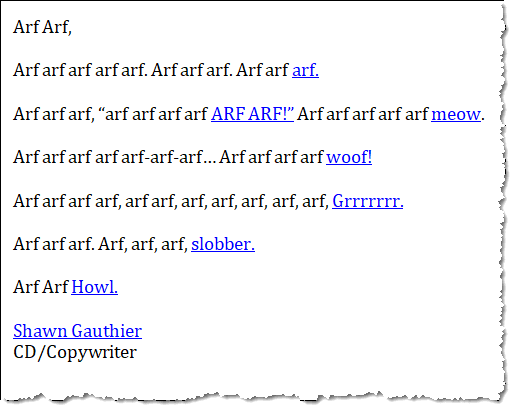 The links are to his website and profile. After Gauthier received the reply below, he posted both to his LinkedIn page: 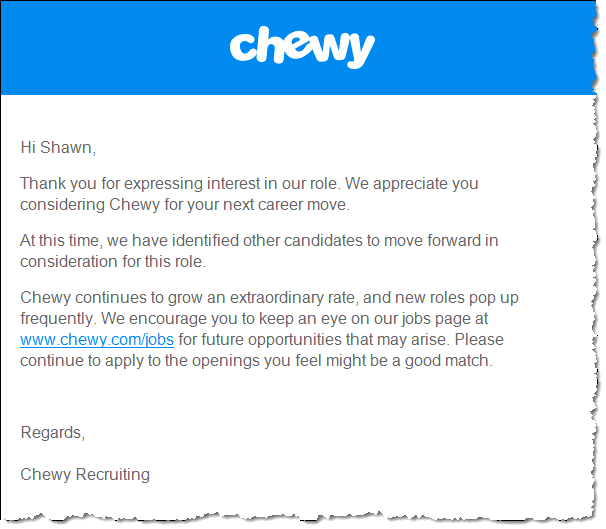 The lesson Gauthier learned is trivial — that this “boilerplate rejection” practice is pervasive. LinkedIn’s 155 million members have all been treated to such robo-rejections more times than they can bark. I mean count. And they’re talking about it. There are over 440 comments on Gauthier’s post.

Who let the dogs out?

Employers are increasingly complaining that they can’t fill critical jobs because of a low unemployment rate coupled with an inadequately trained workforce. In other words, employers claim the right talent just doesn’t exist.

Comments from hundreds of job seekers on this LinkedIn thread, however, suggest the talent problem is in the Human Resources suite, where a troubling brand of clueless disdain for job applicants seems to destroy companies’ ability to recruit the workers they need.

HR bites back on LinkedIn

“Wrong, Shawn. I’m sorry that you feel so entitled to a lengthy and witty response telling you how immature and childish you are…It’s in the company’s best interest to send you the formal, pre-written rejection rather than, again, telling you how moronic you are.”

“why do you assume they didn’t read your letter? They are just more professional then you. So they rejected you on a correct way. And i feel you need to do some growing up in this matter.” [sic]

“Maybe they don’t have a letter crafted in their ATS that would be appropriate to address a nonsensical cover letter. It appears that you tried to set yourself apart as a candidate and it didn’t work. Don’t blame the company…maybe you just weren’t a good fit.”

“HR departments are required by their companies not to give an applicant any reason to sue them for discrimination. Particularly if they aren’t selected. It’s easier to be completely neutral than to respond with humor or give the writer honest feedback.”

Despite the tongue-in-cheek sarcasm in his cover letter, Gauthier continues to maintain an incredibly high level of professional conduct in his many replies to the hundreds of comments he received on his LinkedIn post — even when the commenters are HR managers out to shame him by rationalizing Chewy’s behavior. This has become the mark of clueless personnel jockeys. They don’t seem to realize that their disdain for job applicants destroys their companies’ reputations in the professional communities they need to recruit from.

The problem is not a talent shortage. HR itself is the reason so many companies can’t fill jobs. 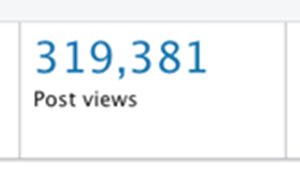 It doesn’t sink in

Shawn Gauthier noticed in his LinkedIn dashboard that lots of people at Chewy were viewing his post — and that a lot of other LinkedIn users were sending the link to Chewy employees. So he decided to reach out to Chewy’s HR department directly for a second chance at a job. The best the recruiter could do was “explain” the excuse for why he was treated impersonally:

“…the role had been filled and there were 670 applicants that needed to be rejected. So as you can imagine, it would be a little difficult for our team to send out 670 personalized rejection letters.”

It still doesn’t sink in at Chewy — or in most HR organizations. If you’ve got too many applicants that “need to be rejected,” then you’re soliciting too many of the wrong people — which means you are the problem and your recruiting methods are the problem.

There is no talent shortage except in HR, where it’s “a little difficult” to let the truth sink in. Your team should not need to send out 670 rejection letters to anyone!

I asked Gauthier what this suggests to him. He replied:

“The response from fellow LinkedIn members suggests that this isn’t limited to Chewy. It doesn’t help Chewy’s image for sure… but if it is standard practice (as it seems), they will not stand out for the thoughtlessness. It does demonstrate that there is an opportunity for a business to stand out and win brand ambassadors through an extensive overhaul of hiring and rejection practices.”

Message to Chewy’s Public Relations department: Shawn Gauthier’s LinkedIn post has 319,381 views and counting. Do you know what the world thinks of your HR department and your company? (Hint: 68% of job seekers own pets. How many customers can you afford to lose?)

Why can’t HR fill jobs? Is it because of a talent shortage? I offered up 10 suggestions to help HR fix HR. What else is HR doing that hinders recruiting and hiring? What else should HR do so companies can fill jobs?