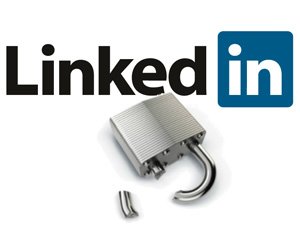 According to a Computerworld report (LinkedIn pays almost $6M for U.S. wage law violations), LinkedIn was busted by the U.S. Department of Labor (DOL) when it “violated overtime and record-keeping provisions under the federal Fair Labor Standards Act.”

DOL investigators found that the online networking and job-board company “did not record, account and pay for all hours worked in a work-week.”

359 current and former employees were affected at LinkedIn’s branches in California, Illinois, Nebraska and New York. LinkedIn agreed to make restitution to those employees. “The payment to the workers under the accord includes over $3.3 million in overtime back wages and about $2.5 million in damages,” says Computerworld.

The high-tech database company, which tracks the online profiles and behavior of over 300 million members, many of whom pay for the service, told Computerworld that the violations were “a function of not having the right tools in place for a small subset of our sales force to track hours properly.”

A judge in the U.S. District Court for the Northern District of California has ruled that a case against LinkedIn can proceed. Computerworld reported that “LinkedIn will have to face a lawsuit that alleges it damaged the image of users by repeatedly sending emails to their contacts inviting them to join the social network.”

At issue is whether LinkedIn derives “economic benefit” by using its existing members’ names to solicit other people to join the service. This is illegal in the State of California.

According to Computerworld’s report, Judge Lucy Koh ruled that, “The Court notes that this type of injury, using an individual’s name for personalized marketing purposes, is precisely the type of harm that California’s common law right of publicity is geared toward preventing.”

LinkedIn has taken a lot of heat from its users for its practice of cleverly scraping addresses from their private e-mail directories, and then spamming their contacts repeatedly with solicitations to “connect” on LinkedIn. LinkedIn has also been accused of conflict of interest because it charges employers to search its database for the best job candidates — while LinkedIn also charges members for “premium” positioning in those search results. (See LinkedIn Payola: Selling out employers and job hunters.)

Against LinkedIn’s protests, the court ruled that the case may proceed.

Is LinkedIn a network marketing scheme?

LinkedIn holds itself up as the standard bearer of ethical networking — yet more than half its revenues come from selling access to members’ information to third parties. In a Fortune article (LinkedIn’s Networker in Chief), LinkedIn CEO Jeff Weiner says:

But based on these news stories, this quote says a lot about Weiner’s motivation and priorities:

“I didn’t realize until I got to LinkedIn that without access to economic opportunity, nothing else matters.”

It seems LinkedIn may have become too focused on its own “economic opportunity” and that the cost is being borne by its employees and members. Has the leading professional network turned into a sort of network marketing scheme?