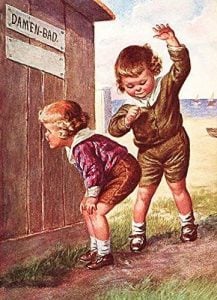 A reader sent me this gem today, from the Washington Post:

I’d love your take on it. I see a few things in the story of Joberate, a company that:

“scrapes publicly available data from millions of individuals’ online social media accounts, or buys it from other parties, to assign what it calls a ‘J-Score’ that estimates their level of job search activity, likening it to a FICO score.”

First, I’d love a list of Joberate’s customers — so I could advise you to quit your job there if you have one, because who wants to work for a company that invests more in peeking at what you’re doing than it does in making sure you’re a happy employee? But alas, Joberate’s customers don’t want to be identified. (Ah… busted doing the nasty nasty… send the PR manager into fits!)

Second, I’d like five minutes with the HR jokers who convinced their companies to buy into this tracking technology: Where are you hiding? Don’t you have a real job?

Third, I have a few words for “Brian Kropp, who leads human resources consulting for CEB, which has a venture capital arm that’s an investor in Joberate”: You’re an HR executive and an investor? Do you write HR Technology software?

Finally, to Joberate’s chief executive, Michael Beygelman: Close scrutiny and analysis of public media (I did a big-data dump of the Washington Post and ran it through my algorithm) reveals you should be looking for a new job, even though you’re not. Or maybe you are. Someone could check. If anybody cared.

I always check out people worth writing about. Mr. Beygelman’s LinkedIn profile reveals something you really ought to care about. (Hey, it’s a public profile, anybody can look at it without scraping anything.) He wrote an article titled “LinkedIn changes to InMail policy create business case for Joberate technology.”

“Instead of sending blind InMails to potential candidates on LinkedIn, recruiters can now use Joberate technology to track job seeking behavior of people they’re interested in contacting.”

HR can be bad with Joberate, but LinkedIn helps recruiters be really bad. Now you’re going to see where all those silly LinkedIn In-mails you get from “headhunters” come from — an algorithm that links up Joberate with your favorite junk-mail purveyor: 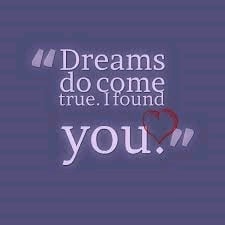 Whoo-wee! Thanks to HR Technology, a recruiter (or your boss — whoever pays for Joberate!) found you looking for a job! Kinda like looking in your peephole.

Would you hire Michael Beygelman? Would you invest your money with Brian Kropp? Do you worry Joberate is watching you? Is it time to turn off InMails on your LinkedIn account? Do we really need more software companies?