After realizing they’d been ripped off for thousands of dollars by phony recruiters when they used their American Express cards to pay for “services,” Cate Bruner and John Rice (not their real names) found an active discussion about SevenFigureCareers (a.k.a. 7F) on this website.

Rice learned the 7F lawyer who had threatened him into silence was bogus. Bruner learned the private equity partners she had interviewed with were frauds.

Other readers who had been solicited and scammed by 7F recruiters shared their experiences, as well as documents, phone numbers, voice mails and e-mails they’d saved. Crowd-sourced evidence was quickly gathered in the community and late last week American Express fired the recruiting scam merchant — SevenFigureCareers.

“We did our own research based on some of the things you highlighted,” said American Express spokesperson Ashley Tufts. “We have cancelled the merchant.”

When I contacted American Express, the credit card company immediately put its fraud team on the matter. Within a matter of days, it took action.

“We always want to do what’s best for our card members,” Tufts told me, “and one of our policies is that if it’s a fraudulent charge our card members aren’t liable for that.”

She could not comment on exactly what AmEx found when it researched SevenFigureCareers, but said, “We did determine that we wanted to cancel the relationship. They will no longer be able to accept American Express cards. They’re no longer a merchant.”

What to do if you got scammed by 7F

7F uses so many business names that I gave up trying to track them all down. Most are permutations and abbreviations of Seven, 7, figure, and careers. The scam usually starts with an e-mail from Tony French or Art French. For more details, see 7F: Anatomy of A Recruiting Scam.

“If a Card Member has questions about their purchases with this merchant, they should call the number on the back of their Card,” advised Tufts.

7F victim John Rice said he put aside his misgivings about signing a contract with 7F when he saw the big American Express Partner logo on 7F’s website: “It gave me the confidence to do business with them, because I figured I could get my money back if anything went wrong.” And boy, did it go wrong.

But it seems credit card fraud — whether it’s AmEx, VISA or MasterCard — usually pertains to unauthorized charges being made on your card, or to merchants not delivering what was promised. It seems the credit card companies have a harder time identifying phony merchants.

1. How does AmEx verify that a merchant is legitimate before authorizing it to collect payments?

“We have a number of steps we go through when signing up a merchant to accept American Express, including reviewing both information provided by the merchant and information from external sources. We also require that merchants abide by applicable laws and regulations. After account set-up, we provide ongoing monitoring of merchant accounts.”

2. What is AmEx’s process for investigating and issuing refunds?

“Customers can contact us any time they have a concern about a charge on their American Express Card. Whether it’s a charge they don’t recognize, a service that wasn’t delivered by the merchant or any other reason for a billing inquiry, we are happy to investigate, taking into account both the Card Member and merchant perspectives.”

But giving up is not the answer if a credit card company rejects your dispute. It’s up to you to provide additional information — and that’s what happened here. Loads of people helped crowd-source evidence about SevenFigureCareers.

“We may investigate an inquiry further,” said Tufts, “if a Card Member or merchant provides new or additional information after we review the initial supporting documentation regarding a disputed charge. Based on the investigation, American Express will determine if the Card Member is eligible for a refund.”


“American Express maintains the right to…terminate Card acceptance with merchants that may be harmful to our brand, are illegal or high-risk.”

I judge people and businesses by whether they deliver. American Express jumped on this when I brought it to their attention. Tufts did exactly what she said she’d do, and followed up with me several times by phone and e-mail, when she said she would.

I’ll be happy when I learn John Rice and Cate Bruner have gotten their $2,500 back. I’ll be impressed when I learn American Express has contacted all card holders who lost money to a merchant that AmEx now knows has been operating illegally and fleecing card holders. To me, that’s what brand means.

Will anyone get a refund?

American Express made it clear to me that’s between AmEx and its card holders. Tufts could not disclose to me whether refunds will be issued — the card holders will be contacted directly.

To avoid fraudulent transactions, consumers can visit AmEx’s Security Center to learn more about steps they can take to protect themselves from fraud. It seems we’re all a bit too trusting when we buy stuff — but there’s no assurance that using a credit card will protect you from phony vendors. So check the link and think!

Meanwhile, if you got scammed by SevenFigureCareers, don’t let it slide — this is your chance to try to get your money back again. If you succeed, please let me know. 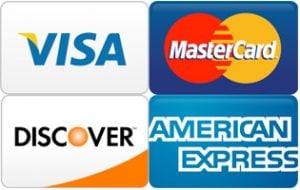 I asked Tufts whether, as a result of identifying a scammer merchant, American Express will notify MasterCard and VISA.

“Yes,” she wrote me. “We may report a business name and the name of their principals to the MATCH™ (Member Alert to Control High Risk Merchants) listing maintained by MasterCard.”

It’s ironic — I reported in another article that Art French touts 7F’s cool new technology of the same name!

“7F has developed an automated MATCH technology platform, a different approach to executive recruiting which gives us a significant competitive advantage in the marketplace.”

It’s poetic justice: MATCH™ is being deployed against a phony MATCH. We’ll see which works better — the one that rips people off, or the one that stops fraud.

Where does this episode end? With a few people getting their money back? With a phony merchant losing its ability to collect payments using credit card accounts?

If the merchant is operating illegally, this ends when the merchant gets hauled before the authorities, goes to court, is tried, fined and goes to jail. I believe that’s AmEx’s responsibility — and VISA’s and MasterCard’s — to the community it serves and does business with.

If all a credit card company does is cut off a crooked merchant’s account — that’s not responsible community  behavior. And it’s not a smart brand strategy.

I realize AmEx can’t disclose its legal matters. But if the company files charges against SevenFigureCareers, that’s a matter of public record, so AmEx should make its actions public.

A company’s brand is defined by how it treats its community.

Only American Express has all the evidence and information necessary to prosecute SevenFigureCareers. Will it protect its brand by protecting its community?

How did we bust SevenFigureCareers?

It’s important to understand what kind of crowd-sourced information led to this consumer win. I’ll lay it out in the next Ask The Headhunter newsletter and here on the website: WWEJSS: How does a fake recruiting firm get a credit card merchant account?

Thanks to members of this community for looking out for one another, and thank you to American Express for its timely action.

Sign up for the newsletter if you don’t already get it — it’s free, it’s weekly, it arrives in your e-mail, and it’s loaded with answers to daunting job-search challenges real people face, in a Q&A format.

Then join us here for the post mortem to learn how to recognize recruiting and career scams — including funky contracts and con artists. There’s lots more to this story!