You would never think of buying a home without a written contract setting out all of the details of the sale. It would be impossible to buy a new car without signing a contract that sets out the price to be paid and the terms of the deal. And you can’t get a credit card without signing a formal application contract.

So why do people routinely accept job offers without written employment contracts? 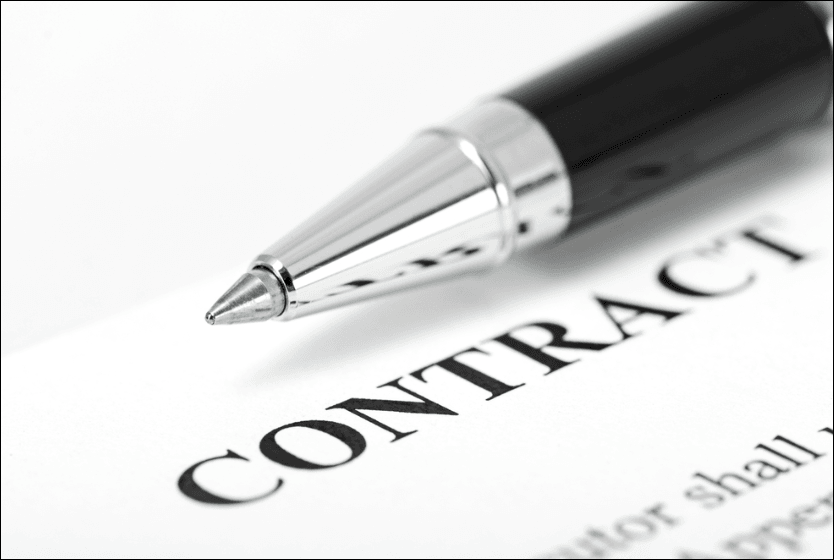 Your job is the source of the income used to pay for your house, your new car and your credit cards, yet very few people have written contacts with the companies that hire them detailing the terms of their employment. Sure, CEOs and other senior executives have written contracts covering their jobs, but why don’t the rest of us?

The vast majority of the workforce would benefit from a written contract that covers how we’ll be treated, how we’ll be compensated, what we’ll be doing, and more. Otherwise, what governs all of the time we spend away from our families five or more days a week? It is important and prudent to ensure that promises made at hiring time will be respected during the course of employment.

The problems with verbal job offers

In general, at the time of an offer and acceptance of a new job, most new employees are verbally told the details of their new employment, including the rate at which they’ll be paid. But verbal offers are not good for employees for a few reasons:

Unless the promises made at hiring time are somehow secured, it can be difficult or impossible — and costly — to enforce them.

An offer letter is not enough

Sometimes, employers provide new hires with an offer letter. This is a good start — a written document that could function as a contract, except that these letters often include statements that negate their contract value.

Too often, the new employee doesn’t get to see the handbook until after the hire is made, and the handbook almost always states that it is subject to change at any time by the company. (See Employers shouldn’t keep secrets from job applicants.)

When the terms of a job offer are subject to change, it isn’t good for the new employee. There are no concrete promises to ensure that the employee is getting (and giving) what was agreed to at the time the job offer was accepted.

At will: The mistake companies make

The number one reason employers are reluctant — or refuse — to provide employment contracts to the vast majority of employees is because:

“We want to be able to fire the employee if we feel they’re not working out, and we don’t want a contract to limit our ability to do this.”

This concern arises from the concept of “at-will employment.”

Simply stated, when a company hires someone at will, it can fire the employee for any or no reason at any time. (Likewise, the employee is free to quit the job.) Most states in the U.S. are considered at-will states, where the legal presumption is that, absent a contract stating otherwise, all employees are at-will employees and employers can fire them for any or no reason at all (other than for reasons of discrimination, of course).

But companies confuse at-will employment with employment contracts. Employers often believe that having a contract with an employee automatically eliminates the freedom of at-will status. This is simply incorrect.

A true contract defines a term of time for the employment period, making the arrangement predictable for both parties. It can include an at-will clause. An essential part of the employment contract should be the term, or length of time, of the agreement, which may be six months, a year, or at will, which means “for as long as we both agree to keep it going but either party can end it at any time.” Thus, other important terms can be enforced without limiting the freedom to part company at any time.

The benefits of good employment contracts

As with any contract, at the first sign of a dispute the contract can simply be reviewed to confirm the rights and responsibilities of each side. If the contract is not being upheld by the employer or employee and it can’t be resolved by discussion or negotiation, then a lawsuit may be filed. But of course, a central reason for a good contract is to avoid litigation.

When there is a written agreement to refer to, the decision of who is right or who is wrong may be decided quickly as a matter of contract law, rather than as a protracted matter of “he said-she said.”

An employment contract doesn’t have to be a long, difficult document, and it can be tailored for any employee. First and foremost, the contract should protect promises made by both parties at the time of hiring. Both an employee and an employer should look for these simple but very important terms in a contract:

The contract should be signed by the company and the employee. If you’re the employee, you should store a copy in a safe place, like the safe deposit box where you keep the deed for your house and the title for your car. The contract for your job is at least as important as those documents.

Employment contracts are good for everyone

Having a written contract benefits both the employee and the employer because it makes a clear, definitive record of what everyone is agreeing to at the time of the agreement. These contracts are not just for executives, though an employment contract for an executive will be more complex and detailed than for a staff employee or a middle manager.

Anyone would rest more easy knowing that the details of employment are set down in writing, both to promote success of the working relationship and to avoid controversies. (See: Job offer rescinded after I quit my old job.)

Employment contracts are good for everyone. The main benefit for employers is that they don’t have to worry about potential verbal promises made by a rogue manager that could come back to haunt them. A company can, if it chooses, make it clear that the employment is not promised for any set length of time. The main benefit for employees is that they are protected if their management changes and if memories fade about promises that were made. The contract ensures promises will be kept.

Bernard C. Dietz runs a private legal practice in Richmond, VA representing entrepreneurs and businesses of all sizes in a wide variety of legal matters.