Archive for the Recruiting Category

So a guy chases a woman around the world because he wants to marry her. Invests in air fares, cab rides, hotels, maybe even private investigators to find her. Then, when he catches up to her, he asks for her medical records, inquires about her religious affiliation, and wants to know, does she snore?

Makes perfect sense, because why would you marry someone you don’t know much about? Hey, we’re not stupid, right?

Take a look at Gary Capone’s comment on What is the single best interview question ever? Gary correctly points out that a manager should not give the first degree to someone the company is recruiting. You want to wine and dine them — figuratively or literally — first. You are trying to convince them to work for you; they’re not trying to get you to hire them. They are passive job hunters. You have to work hard to entice them.

So Gary suggests that a manager should wait til later in the process to ask The Bestest Interview Question Ever: “Can you show me how you’d do the job?” And I agree. But it set me to thinking.

Why in tarnation would a manager pursue and recruit a specific individual if the manager didn’t already know the individual could do the job properly? That’s what pursuit implies, right? That you want what you’re chasing? That you know what you’re doing.

It’s so obvious, people think it’s corny. Always be nice to people. This reader’s story says it all:

I just found a few moments to read one of your recent newsletters – Do they owe me feedback after an interview?” The situation described reminded me of my own experience.

I needed a job.  And it was before I knew about Ask the Headhunter – though, as you will see, it made be realize how smart you are when I finally did start reading your columns.

Anyway, I was doing the shotgun thing – sending resumes here, there and everywhere, replying to want-ads, calling old co-workers, even people I didn’t really know. I interviewed one morning with a guy at a contracting firm (call him Mr. M.) who had a lot of people at a large manufacturing company in my city. I knew I wasn’t quite qualified, but I also knew I could learn what I needed to fairly quickly.

But, this guy was having none of that. He proceeded to tell my how weak my resumé was and how extremely uninteresting I was to him. To put it mildly, he could have been a lot nicer. But, I had confidence in my worth. I just shrugged it off and kept looking. I found a short-term contracting gig, and eventually made it to Big Bank with a good, permanent job (where I still work).

Some time later, a funny thing happened. We needed to hire a contractor. My boss handed me two resumés to see what I thought. And, wonder of wonders, one of them was Mr. M’s. (Remember him?) I rejected him immediately. He never knew that, of course, but it does illustrate what can happen. It’s a small world – and an even smaller town.

Now, just so you know, I was honest with my boss. I told her that his qualifications were fine. I also told her the story of the interview. And she said that as important as technical qualifications are, she did not want anyone working for her who would treat people that way. A lesson for all of us.

Yah, corny: What goes around, comes around. It’s a small world. We reap what we sow. You never know who you’ll run into again.

Always be nice to people. It’s a small town.

On the edge of the curve

I’ve chided companies for using mundane recruiting methods and salary scales that result in hiring people on the fat part of the bell curve. Management guru Tom Peters suggests recruiting and hiring weirdos — people on the thin, leading edge of the curve; people who will upset the balance at your company and take you in new directions. Those people cost money — lots of money — because they’re (surprise!) on the leading edge of the curve.

Some companies use headhunters to recruit good people — for whatever reason: their HR department can’t do it well; they like to spend money; they like an outsider’s perspective; they like the networks that good headhunters maintain.

But the same bell-curve problem exists when a company hires a headhunter: You hire the best — out on the edge of the curve — or you use a mediocre headhunter to save money (and time, if you’re too lazy to go find the best). The problem is exactly the same: you’re buying mediocrity. Read more →

You’ll pay to quit this job

Sometimes I think I’ve heard it all, but this employer puts a new spin on respecting the job candidate…

This week’s Ask The Headhunter Newsletter generated a lot of sharp comments via e-mail, as well as many requests that I post it on the blog. I’m glad to oblige. (The newsletter is free, but it’s not archived online, so only subscribers receive it.)

I’ve applied for a job in the $80K-$90K range. I’ve learned that the company in question had high turnover in the past few years because they took advantage of their employees. Now, they claim to have changed. But, in a phone interview, I was told the job required a 50-70 hour work week, plus on-call duties for some weekends. I’m scheduled for a 3.5-hour interview, and I just received the e-mail below from the recruiter. This is the first time I have ever heard of something like this, and I have to say makes me feel uneasy.

“I wanted to give you a heads-up on something, should you receive a job offer from XYZ company. I know that you have not received an offer YET, but I do like to let all of my XYZ candidates know about this during their interviewing process.

“XYZ company has all of their new employees sign an agreement to stay for at least 18 months. This is because of the importance of their projects and contracts and because of the investment from their part with new employees and training and so on. They have everyone sign an agreement to stay for at least 18 months. If you do decide to leave before then, you are required to pay a small percentage of the fee that they paid to the recruiter for your hiring. The percentage lessens each month and the longer that you stay with them, the less you have to pay if you decide to leave. Unfortunately, this is becoming more common among employers.

“However, our recruiting firm has our own guarantee and we will cover you up to two months (60 days). Therefore, if you happen to decide to leave before your 60 days is up, then you are not required to pay anything. Does that make sense? The HR manager will discuss all of these details IF they decide to extend an offer to you. This is usually not a problem for my candidates, as most people will not accept an offer if they do not plan on staying for at least 18 months, and you still have that 60 day period that my firm covers.”

Have you ever heard of such a requirement before accepting a job offer? This does not sound very good to me. 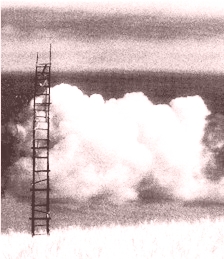 Since the first job boards came online, entrepreneurs have been trying to find ways to create a true headhunter-class service for job hunters and employers. The objective: to be able to charge the top fees headhunters do. Hey, a smart, no-barriers-to-success business mind should be able to figure it out. So it began. Bill Warren’s Online Career Center — the true granddaddy of job boards — launched on a gopher system, quickly followed by Monster.com and others. Niche boards followed, and “executive” services sprouted — and came and went, and came and went. No one was able to crack the headhunter code. No online service has been able to charge, say, $30,000 to fill a position.

So, these wanna-be’s started to do the next best thing: Lie. Headhunter.net offered a higher-class service, based on nothing more than its name. More recently, TheLadders was launched as the job service offering “the most $100k+ jobs.” For $180 per year, you get access. To what? Well, it’s not clear.

TheLadders uses the term “$100k” — $100,000 — 23 times on its About page. $100k appears four times in one paragraph of just three sentences. This is headhunter country, and Ladders comes right out and says it caters to “executive-level” people — and to HR departments seeking them. The message is that Ladders isn’t your run-of-the-mill jobs site. It’s “expressly for the $100k+ job seeker.” The promise is that, “Never again will you find yourself trolling through mid-level or bogus job listings on other, less-targeted job boards!” Read more →

Get paid to interview for a job?

It’s always interesting when someone comes up with a new approach to recruiting. Imagine getting paid to go on a job interview. Clever, eh? CIO magazine reports that a Recruiting Firm Pays Candidates for Job Interviews.

Help me work through the logic. Notchup.com suggests that the best people are busy at their jobs, and they probably don’t search for jobs or post their resumes online. Makes sense to me. So, Notchup will help employers attract these people. (The fundamental issue here is the distinction between attracting people, and going out and finding the ones you really want. Notchup doesn’t deal with that, but that’s for another column.) Notchup serves as a go-between, allowing companies to offer money to these desirable folks to come in for a job interview. So far, it’s interesting. Notchup lets hard-to-find candidates fill out a form about themselves and post information so the process can get started… And that’s where we hit the wall. Read more →