Need a pay stub to hire me? Take a hike.

This reader’s comment is an eye-opener — and a loud wake-up call to employers who demand to see an old pay stub before they’ll hire you. (From Goodbye to low-ball salary offers.)

I passed all of the pre-employment testing in the 95th to 100th percentile. I cleared the background, credit, reference, education and employment verifications and was told I was “cleared” as per the conditions of my signed offer letter.

Give us the pay stub

That was Friday afternoon. Monday morning, the day I was to give my notice to my current employer, the HR contact demanded a pay stub. I refused. I compromised and offered an HR contact who has historically been known to verify employment and salary range. The HR contact called my HR rep and confirmed the information verbally. That was not sufficient. They called me back several hours later and demanded the pay stub. I emailed my recruiter to state I would sleep on it and make my decision today.

I stood firm in my decision and communicated to the HR contact and the team I was asked to join that I believe my current salary is private and confidential and that I would not submit to salary verification as a condition of securing or keeping my position.

I had declined a role that was $10,000 higher and came with 10 additional vacation days to accept this role that they were now demanding salary verification for. I am sure they will not back down and I am sure I will lose this opportunity. 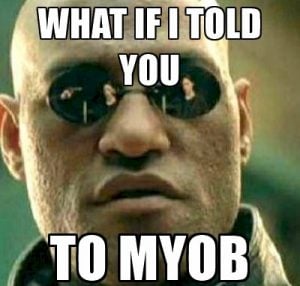 In the end, I win because I still have an amazing job (I am currently employed and not unhappy) and I have the opportunity to secure a position with an organization that will not play games with me after already determining I meet their requirements.

The organization is in a lose-lose situation. They lose me and they have no other candidates for this position. They will be starting back at square one. It felt amazing to stand my ground and remain true to my values and principles. Nick’s articles and comments provided the courage I needed to finally not cave. Thank you!

Deciding to give up an offer over salary disclosure requirements is a personal decision. It’s pretty clear what my position is: Keep Your Salary Under Wraps. Your screen name says it all — if you’re not desperate, you don’t have to hand over a pay stub to anyone.

My guess is you taught this employer a frightful lesson: The “talent” is not a commodity.

I have a standing Q for HR: Give me one good reason why you need to know my salary. No one in HR has ever been able to give me a good reason. I invite more to try. (Please post your reason below.)

Here’s another question to HR: How many highly qualified, motivated job candidates will you lose to your competitors before you stop demanding confidential salary information that you don’t really need anyway? (We won’t get into the problem of how presumptuous and intrusive this is.) The market is shifting toward the talent, and you’re starting to look like a dope.

People sometimes ask, if you won’t show a pay stub to an employer — Should you disclose your salary history to a headhunter? There is a difference and it’s important to know how to handle both situations.

If anything I’ve written was helpful to you, I’m glad. Good for you for taking stock and keeping control of your career. While it may sound like sour grapes to some, I agree that what you see is what you get. Any employer hung up on getting your pay stub is going to be a bear to work with — and will go hungry waiting for a good hire.