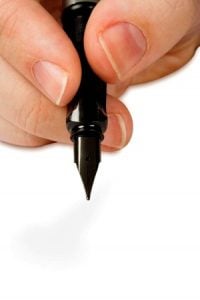 I was offered a job with a small tech company. The NCA that they asked me to sign was so broad that it would have prevented me from taking a job with any other company writing embedded software. When I balked at signing it, they told me I would have to talk to to someone in their legal department.

I walked into their lawyer’s office and explained my objections. His reply: “If I were in your position, I wouldn’t sign that either. Let’s strike out the paragraphs you object to.” What do you think of that?

This is an instructive story about NCAs (non-compete agreements). Thanks for sharing it. It’s also a good lesson about negotiating job offers. It’s not just about the money!

People don’t always believe me when I tell them NCAs (and NDAs, or non-disclosure agreements) are very often negotiable, mainly because they’re ridiculous, and the legal people who write them know it.

These employers figure no one would question or refuse to sign “a necessary legal document” — especially when a new job hinges on it. And most job applicants wouldn’t dare. The lawyers go overboard and include terms and restrictions “just because they can.”

It makes you wonder how many people before you signed that thing simply because they felt intimidated.

I’d love to ask that lawyer whether he thinks it’s ethical for his company to keep using that document, and whether — now that he’s acknowledged how ridiculous it is — he’ll cancel NCAs that other employees have signed and produce a more reasonable agreement.

Or maybe the employer should just fire the lawyer who wrote it and behave more responsibly toward its employees and the people it’s trying to recruit.

I won’t even get into my opinion of an employer that can’t explain an obligation it wants a job candidate to sign — without sending you to its lawyer!

For more about NCAs, see How can I negotiate an NCA or NDA?