In the December 1, 2015 Ask The Headhunter Newsletter, you are in control!

Every week, I answer your questions in the Ask The Headhunter e-mail newsletter, and then we adjourn here, where we discuss and hash out the issues and options behind the Q&A. I like to tell people that the advice, comments and insights you share on the blog are just as much a part of Ask The Headhunter as anything I write. 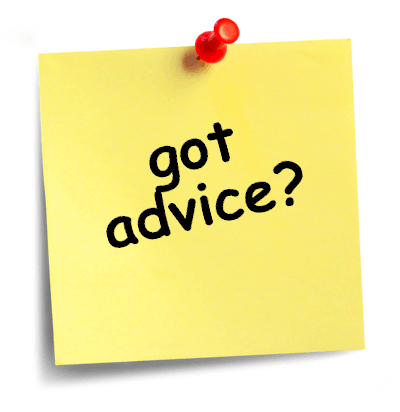 This week I want to try something different. Rather than me answering questions, I’d like to invite you to be The Headhunter — I’d like you to deliver the advice!

Please read the three short questions below, submitted by other readers, and put yourself in my shoes. What advice would you give these folks? What issues and options would you suggest these troubled readers focus on to solve their problems?

Then I’ll put myself in your shoes and add my comments, and we can all chew on it together. Maybe this will turn into a new feature — and we’ll be able to cover many more Q&As each week! (You should see the backlog in my e-mail folder!)

I’ve seeded each Q&A with some relevant resources to help you get started, but I’m counting on you to provide the real advice!

When you post your advice below, please indicate which question you’re responding to — A, B or C. Feel free to answer more than one! Please include links to any favorite Ask The Headhunter resources you think are relevant!

I sent my resume and cover letter in response to a job ad. The company says they’re interested, yet of course I have to fill out an online application. Does anyone really think I know the day I graduated school or left a job 20 years ago? Or my starting and ending salary? Worse yet — they want my GPA and my SAT score?

I put one trillion for the SAT score since it had to have a number. Of course, they also wanted a specific salary — not even a range. I left out my Social Security Number and I don’t care if it loses me the job — I am not throwing that information all over the Internet to every company that’s hiring for a job!

Is there any way around this when you can’t proceed without providing all this insane amount of detail?

You’re The Headhunter this week. Please post your advice to Question A!

Some References: Those pesky job application forms, Wanted: HR exec with the guts to not ask for your SSN.

My daughter was offered a job. Had to be drug tested. On the weekend she received an e-mail instructing her to report to orientation. She gave notice at her old job. Then she called with a question about where to report, and was told they didn’t mean to send her the notice of orientation because she flunked the drug test. Now she is going to be out of her old job without a new one. What can she do? She quit, thinking everything was okay.

Be The Headhunter this week. Please post your advice to Question B!

Reference: Pop Quiz: Can an employer take back a job offer?

I passed a phone interview and now I’m invited to “meet the team” at an upcoming technical conference. They haven’t offered to pay the registration fee and I, being unemployed, can’t afford it. I believe they are well-meaning but insensitive. I don’t want to embarrass myself by telling them my problem. How best to finesse this?

You’re The Headhunter this week. Please add your reply to Question C!

Reference: Why employers should pay to interview you.

This week, you’re The Headhunter! I hope you’ll take over and respond to the three questions above. (This is not a test! You’re hired to come back next week whether you participate or not! No SSN or salary history required!)