How to engineer your personal network

We’ve been talking about networking. (See Please! Stop Networking! and Network, but don’t be a jerk!) I know the idea of talking to strangers puts many of you off. Some of my readers on PBS NewsHour (see the comments section on that linked page) have even suggested networking is unethical, a form of nepotism, and insulting. In this week’s edition, reader Kevin Rose explains how he engineers his personal network. There are a lot of words in this column, but just three short “how-to” tips.


In the September 29, 2015 Ask The Headhunter Newsletter, an engineer tells how he changes job hunting into friend-making.

I am in the midst of reading Fearless Job Hunting and re-inventing my job search strategy. It has happened a number of times where I would go to a job interview — in a couple of cases out of town — and I heard nothing afterwards. I 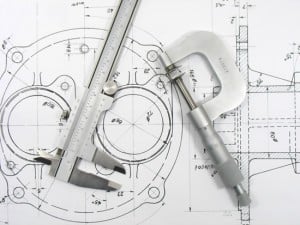 might write once to check in, but then move on. Now, I can understand no response to a random resume, but lack of courtesy after one or even four interviews is inexcusable. One of my friends says they are afraid of liability, and I say that is pure bunk. Others tell me, “What can you do? That’s just the way it is.”


I am an engineer, so I change things. I don’t just sit idly by and accept things the way they are.

Now I can see that in following your advice that this will be less likely to happen. A company would not dare go radio silent if I interviewed via a personal contact. I will say that being introduced to a potential employer via personal contact has always led to the most satisfying and long-lasting jobs I have had. I will definitely follow your advice.

Disrespect is now built into the HR culture because you and other job hunters are fungible. You’re a commodity. You are “free” because all people are “accessible” to employers. And, because there’s always someone out there better than you, who cares about being polite to you?

But the joke’s on HR, because with four to seven times more job seekers out there than open jobs, HR is still crying there’s a talent shortage. America is awash in unemployed or under-employed talent — people who can ride a fast learning curve. But HR technology can’t suss that out. It’s too buried in job-board databases. Job boards deliver no more than about 10% of hires in aggregate. But it’s easier for employers to spend billions each year on Monster.com, LinkedIn and other job boards, than to go meet people in the professional community that they’d really like to hire. Hell, they could stand outside their door with a sign that entices you to get off your bike and stop in for an interview. 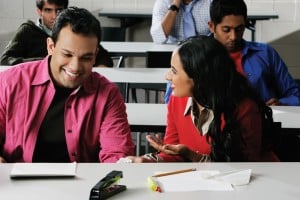 I just wanted to let you know that I attended a Rotary Club this evening for the first time. I loved it! Not only were people open about themselves including what they do for a living, but I got a chance to do some networking following your suggestions!

The woman sitting next to me is a paralegal at a company that does forensic engineering — I walk past them on my lunchtime walks just about every day. I said to her, “I would like to hear more about what you do sometime.” That’s all I said and she said, “You will have to come by sometime when we are taking a car apart.”

They analyze cars that crash, and testify in liability cases against manufacturers.

Now I don’t think that company would ever have a job for me, but knowing them will give me some perspective in my own engineering work. Also, I get to know the business community in my town. I wanted to thank you for this inspiration, and it is a lot more fun than Facebook of Linkedin. I also got a free meal, too!

So again, thank you for the nudge. Like I said, my best jobs have come through networking — one time from a friend at church, and my current job is one I found through an old girlfriend (with my wife’s approval). I am hoping to become acquainted with people such that the next time I need to find a job, I will know some people who might point me to an opening, or who may be instrumental in helping me start a business.

This doesn’t stop with Rotary. I recently rejoined my professional organization, ieee.org. But aside from clubs and organizations, I realize there are many, many ways of meeting people and making connections.

I promised you three how-to tips about how to engineer your own network. Don’t blink: Go where professionals gather. Ask them about their work. Make friends. Anybody can do this.

How can you use Kevin Rose’s experiences to make networking work for you? Is it really so easy? (Many thanks to Kevin for sharing!)