Why & how you should give employers an ultimatum

In the April 21, 2015 Ask The Headhunter Newsletter, a reader meets an employer who is losing the best job candidates to the competition because he uses interviews to reject applicants — not to hire them.


This week’s story is long, but it puts a sharp focus on the trouble with employers these days. It just seems that, no matter how motivated a manager might be to hire, the actual process to hire has gone haywire. Demoralized by such experiences, job seekers often go along with silly demands from employers. In my reply, I offer a solution that more folks need to learn how to use.

I had an interview with a VIP at a huge local tech company looking to hire a designer with video/animation experience. Our initial phone interview started with him sounding very disinterested. After briefly explaining what he’s looking for, he said he’s disappointed with the candidates he’s getting because they are all print designers. As he spoke I uploaded a few of my videos to my website and told him to take a look. His demeanor completely changed. “This is exactly what I’m looking for! I’ve gotta run to this meeting but do you have time again today to talk more?” He came right back from that meeting to continue our call. 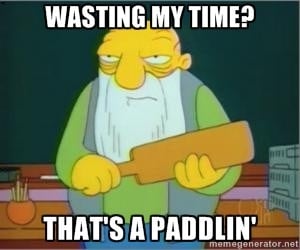 You would think this would have a happy ending, no? No.

First, he ends the call not by inviting me in for an interview, but by saying, “I think I’ll have all the candidates look at the stuff we’ve had done by an agency (which he wasn’t happy with) and see what you all would do to redesign it.”

Oh, great, the “test,” that is, work for free. The call ended and I wrote the place off. Then HR e-mailed, saying he’d like to schedule an interview. It lasted 90 minutes. I have never had a better interview experience. More than once he said that I’m the only candidate who appears qualified. Again, it ended a bit sour with him saying, “I’ll probably have the final candidates come back and meet with the team”: the dreaded “approval by committee.” But I left feeling good.

The following week, I get an e-mail from him: ”You have offered examples of your work, however, I am asking all candidates to take a shot at creating something for us.” And he listed not one but three design projects he wanted to see redesigned. One was a video. “Just re-do the first 30 seconds.” WTF? This guy clearly has no clue as to how much work and effort goes into something like this. So, I did a few story board sketches, made a few recommendations and ended the e-mail by saying I have received an offer for another opportunity and hence am no longer available.

And that was the end of that. No doubt he will either continue to struggle to find the “perfect” candidate or he’ll just send my comps to the agency he’s currently contracting with. And I have gone through this exact scenario more times than I care to recall over the years.

Initially, I blamed my field of design, but I don’t think it’s that anymore. I met a guy over on StinkedIn, a systems analyst with a Ph.D. who’s in his 40s and unemployed for two years. He flew out of state for an interview, met with twelve people over two days, showed that he knew his stuff (“here’s your problem, here’s what I recommend”), they were clearly excited and he thought for sure he’d get the job. He didn’t. When he asked why, the hiring manager told him the two twentysomethings on the team didn’t like him because he “came across as arrogant.”

So, who’s to blame for these scenarios? HR’s only job here was to schedule the meetings. Do they send a brochure to all who put in a hiring request with tips on how to disqualify your best candidate? I dunno…

Thanks for sharing your story. (Readers may have noticed this “Question” was no question!) You should have just given that VIP an ultimatum. I’ll explain why and How to Say It.

While I advocate a “show what you can do” approach to interviewing, there’s no guarantee that any method will lead to a hire — or that an employer won’t abuse the candidate who’s ready to show he or she can do the work profitably. You must know where to draw the line with greedy, unreasonable employers like the manager in this story.

And if you manage to get a meeting with a manager who’s also a jerk, jerk-ness spoils any intelligent interview activity of the job seeker. Anyone who wastes your time is a jerk. (See Work for free, or no interview for you!)

This manager will keep looking for the “perfect” hire — while his competitors eat his lunch. They will jump to hire people like you, rather than concoct yet one more exercise to get free work out of you.

There are two important lessons here. One is to use the ultimatum, and the other is to survive and thrive if it doesn’t work.

First, never get bogged down in just one job opportunity. Really, really wanting one particular job is a dead-end strategy. You took the wise route. You controlled your outcome by developing other opportunities in parallel, so you wouldn’t get sucked into waiting and wishful thinking. You put that greedy VIP into healthy competition with another employer, so you won. He lost.

I’m a big believer in showing how you’ll do the work in order to get hired, but when employers demand free work during the interview process, tell them to take a hike. (By the way, I think you made a big mistake in delivering those story boards, having already seen what the VIP was up to.)

Second, force the manager to decide now. You handled this well, but I’d have given the VIP an ultimatum. After he told you that you were the only qualified candidate, you could have told him you wanted a decision on the spot. 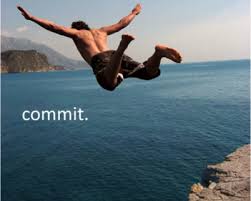 How to Say It: “I’d like to work on your team. With the right offer, I’m ready to start in two weeks. You can keep looking for other candidates, but I agree I’m the best for this job. I can do it for you profitably. Either hire me, or let’s end this process, because if you don’t hire me, your competitors will. You need to decide now.”

Sometimes the strongest position a candidate can take is to draw a line and insist on a decision. Be ready for NO, but also be ready to walk away from an indecisive manager who probably doesn’t know what he wants — and who routinely loses his best candidates to competitors, which is probably where you should be working.

Congratulations on a successful job search. I hope others consider the lessons from your story. Employers lose their best candidates all the time because they think their mission is to hire perfection and to ensure they reject anything less. It’s how they wind up with weak candidates who will do anything for a job.

I discuss more methods for “Playing hardball with slowpoke employers” and how to “Line up your next target,” in Fearless Job Hunting, Book 8: Play Hardball With Employers. You don’t need to be the one left holding the bag!

Do you have the guts to issue an ultimatum to an interviewer? Or am I nuts? Where do you draw the line with a greedy employer?