Dissed By HR: Can you top this?

In the April 7, 2015 Ask The Headhunter Newsletter, a reader hears a tired, old story from an HR manager. How much bad HR behavior will job seekers and employers put up with?


Job hunters say the darndest things — things that sometimes cost them interviews or job offers. But job hunters don’t represent entire companies, while HR does. So, when HR (Human Resources) says something really dumb to a job applicant, it costs the entire company its reputation.

A long-time reader sent me a brief exchange he had with the Human Resources manager at a company that interviewed him — and the diss he received in reply is so transparent, so foolhardy, and so naïve that it’s worth a discussion.

It really is a nightmare world out there, folks. Lots of HR people are clueless about what constitutes a royal F-you to a job applicant. Is this what they’re teaching in HR school?

A reader’s note to HR after an interview

It’s been four months since I first came in to interview and, based on the “radio silence,” I am assuming that I am not being considered for hire. Could you please confirm that the position has been filled, or that it has been put on hold? Thank you.

Well, as I told you, an old employee appeared on the scene and he became our first choice, based simply upon the fact that he had quite a tenure here and could have hit the ground running. We 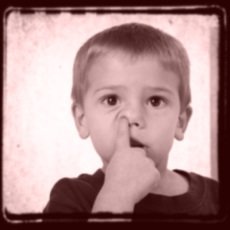 waited for schedules to coincide and then some travel came up on both ends and then he eventually decided to stay with his current company.

We have yet to fill the position and I’ve not been told that you are out of the running but I think it would be safe to say they hoping for more of a perfect fit, personality-wise. (That is based on the personalities that are already ensconced here…) I will keep in touch with you.

Where do I begin?

The job applicant shared a draft of the response he planned to send, but I know there are a few very young subscribers to this newsletter, so I can’t print it. I advised him not to send it, and he expressed this concern:

“There’s a local recruiter I know, who said that people get blackballed in the local HR groups.”

Yes, HR folks have pretty good back channels for sharing such stuff and for exacting punishment. But let’s get back to what the HR manager wrote. It’s one of the best F-you e-mails I’ve ever seen from HR to a job applicant, mainly because it’s so innocent and reveals a staggering naivete and nonchalance about the HR manager’s role in representing the employer.

Where do I begin? I’m going to make just three comments about it, and I want to throw this out to the Ask The Headhunter community.

First, this is a company manager writing the note. It’s not some greenhorn personnel clerk — but a person with authority to make decisions and to represent the employer. This company is dead meat in the public relations crucible — and the HR manager belongs in the Thunderdome.

Second, rejecting a candidate is one thing, but the entire note is all about the company’s hiring problems. There’s not one word about the job applicant’s qualifications. Why is the HR manager disclosing details about the company’s travails in trying to re-hire an old employee who’s not interested?

Third, I understand that employers don’t like to give applicants reasons for rejection — to avoid litigation — so, why does this HR manager tell the applicant that his personality is the problem? But the capper is the psychopathy: The HR manager closes with warm regards.

I don’t think this HR manager’s intent was to diss the applicant, because it’s plain that the manager is naïve. That makes this the company’s fault because it chose this manager as the interface to its professional community. And that’s why this is one of the worst disses I’ve ever seen.

(If you’re a hiring manager, and this story troubles you, you’re not alone. Please see Hiring Manager: HR is the problem, you are the solution.)

I suggested to the reader that his best course of action was not to reply at all, because the risk in expressing his ire is greater than zero. It’s not worth venting to someone who can hurt him.

In Fearless Job Hunting, Book 4: Overcome Human Resources Obstacles, “Should I accept HR’s rejection letter?” (pp. 15-16), I suggest that a job seeker should “Get past the guard: You don’t get into a company by asking the human resources department to let you in. That’s for tourists.”

Make no mistake: Job hunters are often guilty of faux pas as bad as this. But when an HR manager does it, an entire company suffers because job applicants spread the story throughout their professional community. And that’s how companies like this one are taught a terrible lesson. (For more about how employers hurt themselves, see Death By Lethal Reputation.)