In the September 16, 2014 Ask The Headhunter Newsletter, a job seeker tries to finesse a good job offer:

I just received a fantastic offer from a growing company that comes with a huge salary increase. I have a few days to decide while they conduct a background check and will enter negotiations once the hiring manager gets the all-clear from HR. 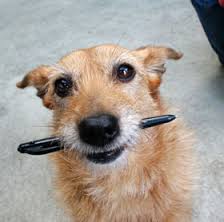 My current job is close to home and incredibly flexible with my time (work from home, comp time, etc.). I would be giving much of that up for a big spike in salary and responsibility. I am not afraid of work and put in extra time when it is needed. In my industry it’s common to have big crunch-time spikes where you work 60 or 70 hours a week and then back to a normal load during slow times. I know what the job is, what is required, and I enjoy doing it. But the reality of my job makes it important to maintain work-life balance during the slow periods. I am hoping to negotiate some flexibility into my offer.

The company expects 9 hours “at the office” with a 1-hour break for lunch. I bring a sandwich to work and eat at my desk nearly every day. Even if I do run out to get something, I grab it and head back to my desk. I don’t need an hour for lunch and the extra 30 minutes with my toddler before bed time means a lot more to me. I know myself — I am going to end up working during “lunch” anyway. Reducing my scheduled lunch to 30 minutes so I can leave at 5 p.m. would make a big difference for me.

This is the only reservation I have about the job, and I believe I am prepared to take it either way. I am ready to give up a lot of flexibility because it is a great professional move, but I am hoping to keep just a little bit of my work-life balance in place. How can I negotiate flexibility without the perception that I just want to cut out early every day?

Even if you win this concession, there’s a gotcha that’s even more important. We’ll talk about that in a minute.

You’ve already decided to take the job regardless of the 30-minute issue. So, please ask yourself, what’s really important to you? If it’s time with your child, then make that your priority. If you can live without that 30 minutes of family time, and you absolutely want this job and the extra money, then don’t negotiate. The worst position to be in when negotiating is when you have already decided to accept the other guy’s terms as they are. (In Fearless Job Hunting, Book 9: Be The Master of Job Offers, I discuss a powerful negotiating position to take if you already know what concessions you’re willing to make. See “Am I unwise to accept their first offer?”, pp. 8-9.)

But if you really want that time at home, then don’t feel guilty or hesitate to fight for it. When you discuss the offer, I suggest you explain that you want the job and are eager to start, but your acceptance hinges on one issue.

I’d explain it to them just as you did to me. There’s nothing inappropriate about your requirement. But you have to ask to make it happen. (By the way, I think you’re right – you will always eat at your desk anyway.)

You can add this: “I realize you’d need assurance or proof that I’m not abusing the 30 -minute trade-off. So, how could we ensure it’s handled properly? What I ask in return is that it be stated in my written offer.”

By letting the employer set some terms around this, you help them make the concession. But you should absolutely get it in writing if they agree. An oral commitment from the employer is not sufficient.

In fact, I’d like to emphasize this last point. It’s the gotcha I referred to earlier. You might win the concession, and lose it later. Any terms you negotiate in a job offer must be written into the agreement. If your boss changes, or if the person who made the promise disappears, this deal likely will come to a quick halt. Even under the best circumstances, people forget what they agreed to. (In the worst circumstances, an employer will just lie to you.) There’s nothing like being able to produce a piece of paper with a signature on it to ensure you’re getting the deal you signed. Don’t lose what you gained!

Please use your best judgment — not just my advice. Congratulations on the offer. It’s great you’re so pumped about it. Now make sure the terms are what you really want. (See That’s why it’s called compensation.)

Oral promises don’t mean much when the rest of the deal is in writing. Have you ever gotten screwed out of a promise after you started a job?