The employer is hiding the salary!

In the July 15, 2014 Ask The Headhunter Newsletter, a reader complains about wasting vacation time interviewing for the wrong jobs:

At the end, when it came down to talking salary, all involved were very disappointed. My low end of expected salary was much higher than the high end of what they could offer. It was a good enough fit that the hiring manager e-mailed me a couple of weeks later wondering if there was any way I could come down in my salary expectations. After I turned him down again, he e-mailed me a few days later telling me how much he was disappointed that we couldn’t work things out. I asked him to keep me in mind for other opportunities.

It would save me countless hours of wasted vacation time and interviews if employers were not so secretive about their salary ranges. If I had known the salary range ahead of time, or at least at the end of the first interview, we could have saved each other so much time and disappointment. How do you suggest handling this? 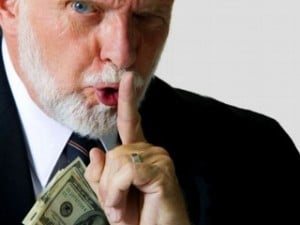 If I didn’t know better, I’d think that, as the economy improves, employers are trying to take advantage of job seekers by hiding the money. Perish the thought!

The other explanation is that it’s become a cultural problem. “Oh, we never talk about money… it’s so declasse…” Yah, and it’s also ridiculous.

Would you visit a Tesla salesroom for a $75,000 car if all you can afford is $25,000? Of course not (unless you’re just out for entertainment). Imagine if there were no way to find out the ballpark price of cars in advance. Would you visit a dealership twice, hoping the price might turn out to be right on the third visit? Of course not.

In one of the Fearless Job Hunting books I discuss how to respond to your boss when he offers you a promotion but fails to mention a raise in salary. Is there one? How much? The same method works perfectly before you agree to interview for a new job.

This excerpt is from the section titled, “The Pool-Man Strategy: How to ask for more money,” pp. 13-15, in Fearless Job Hunting, Book 7, Win The Salary Games:

“You should have asked about money first. Some might consider that presumptuous, but I don’t. It’s business. Setting expectations early is usually the best way to accomplish your goals. The psychology of this situation can be more complex than you might realize. If you embark on this meeting… without setting an expectation about money up front, you will wind up like a puppy waiting for a treat after you’ve jumped the stick 20 times.

“Those are the only words I’d respond with. It’s not a demand, or even an expectation. It’s a top-of-the-head, disarmingly honest, enthusiastic question that must be answered before any further discussion. Note that you’re not even asking for a specific number… I think the best way to ensure that compensation will be a part of negotiations is to put it on the table from the start.”

This is business. Get an answer before the interview, or move on to the next employer. The only reason employers don’t like to disclose a salary range — like the manager who kept challenging you to lower your salary expectation — is that they want to hook you early in the hopes that you’ll compromise. And, once you’ve gone to multiple interviews, you’ll be more likely to compromise your negotiating position to justify all the time you’ve already invested. It’s an old sales trick.

The manager you interviewed with is just astonishing. He asked you to lower your salary requirement — twice! Why don’t you send him an e-mail now, and explain that you’ve thought about it and you’d love to work on his team. Is there any way he could come up to your required salary?

See what I mean? It sounds kind of awkward and presumptuous for you to do that — right? Yet he did it with no problem. Maybe it’s worth trying. Maybe he’ll realize he can’t find who he needs for the money he wants to spend. (You might want to be ready to explain, How do I prove I deserve a higher job offer?)

This is the salary double-standard. The manager wasted your vacation time twice and keeps asking you to to give up even more… for what?

I’m not asking these questions rhetorically. Employers like this need to do a reality check, because they’re a bit nuts and more than a bit unreasonable.

Next time, when an employer hides the salary for a job, ask. Save yourself some grief. (There’s another side to this double standard: Why do companies hide the benefits?)

Have you interviewed for jobs where you didn’t know the salary? Were you surprised later? What do you think would happen if you insisted on knowing the salary range in advance?