In the January 28, 2014 Ask The Headhunter Newsletter, a reader decides to ‘fess up that he’s old… in the cover letter:

You’d never know it looking at me or talking to me, but… I’m 64! I learned a while ago to take any reference to my age off my resume, but as I list all my relevant positions and achievements, the reader has to figure, “This guy’s gotta be, like, over 60!” and boom, I’m done. The achievements, the relevant jobs, the references… buh-bye! I don’t know how to overcome this age discrimination without any opportunity for me to respond to it. 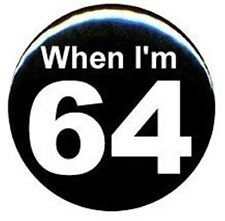 I recently applied to a position I really want, and in the cover letter to the headhunter I wrote this:

Perhaps the only negative in my candidacy, which I feel I must address here so that it’s out in the open, is my age. I am 64 years old, which I’m sure will strike many as too old. I can assure you that in my case it is not. I’m in excellent health, I still walk 36 holes [of golf] several times a season, I play singles tennis three times a week, I write my columns and blogs in my spare time, and my clients never even think about my age. Other than continually losing arguments with my wife, I show no signs of slowing down, and fully intend to keep working full-time for at least another decade. There you go. It would be unfortunate if chronology worked against me, for no valid reason.

I figure, well, at least I’m open about it, and either it kills my chances or they actually think, “Hey, good for this guy to nip this in the bud.”

What’s your view? Ignore my age and hope they don’t notice or care? Raise it and hope they appreciate the strong position? Or deliberately hide it from all submitted material and let them reject me when they find out?

I think your age is not the determining factor in getting a job. I think it’s a mistake to hide or emphasize age or to be defensive about it.

Consider the baseline probabilities that any given job hunter will get a job offer. They are tiny. The cynic will say, “Well, if you add in age, the odds get even smaller!” No, my view is different.

The odds are always small. But what triggers a hire is something distinctive in a candidate that suggests he or she can do an exceptional job. Such qualities are rare — in any candidate, at any age. For that reason, my advice is to forget about your age altogether. Don’t hide it or rationalize it — but leave it alone. Let them think what they want to think about age — but control the agenda. Give them something else more important to think about.

Your job is to influence an employer to believe you can make a significant material difference in the business. Show them the green, and they’re more likely to forget about the grey.

Three of the Fearless Job Hunting Books will take you on a deep dive into the topics that surround this challenge:

If an employer is going to discriminate over age, about all you can do is sue them. Or, you can hit them so hard with a value proposition that they realize they cannot afford not to hire you.

That’s the challenge. I think most of a hiring decision rides on a person’s ability to deliver profit. Age can pose additional challenges, but I think only the profit angle can overcome that.

By the way — I hate your paragraph about your age. If I were an employer reading that, I’d toss your resume. Why? Because you’re so worried about your age that your concern about it is likely to adversely affect your work and how you relate to others. My advice (but use your own judgment first) is to lose it and stop talking about it unless someone asks.

That’s my two bits. Find the right organization, do your homework (like you would if you were on the job) and hand them a brief business plan for the job — just enough to make them call you.

This isn’t the first time we’ve discussed age discrimination, and it won’t be the last. Should you disclose your age up front?