Fired for my ethics!

In the January 14, 2014 Ask The Headhunter Newsletter, a reader gets fired for not cutting corners:

I am about to be “removed” from my present position. The background reason is because I do my work by the book and will not take shortcuts that are unethical. Management says I’m not a team player. In 15 years, I have never been fired or had this kind of problem before. My question is, how do I handle this in interviewing for a job? And can I leave this company off my resume? The situation has me very depressed. I’m not dealing with it well, but need to get on and find a job. How will a prospective employer view this? Thanks for your time and help.

Don’t ever apologize for your integrity. Don’t complain about anyone else’s lack of it when you interview. Those two rules will stand you well. 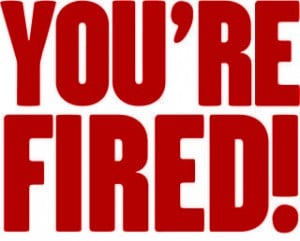 If you’ve been with the company more than six months, it will be hard to leave it off your resume. When asked why you left your employer, it’s perfectly honest to say, “I want to work for a better company.”

If you’re asked what specifically made you leave your job, tell the truth, but keep it very brief and unemotional. Don’t dwell on it in an interview, but don’t be defensive about it, either. Decide what you’re comfortable saying, and stick to it. The employer’s reaction will depend a lot on how your attitude comes across. (Learn to use one and only one brief, business-like explanation no matter who you’re discussing this with — family, friends, or new people you meet.) The key in the interview is this: Turn your discussion back to the topic that really matters — how you are going to bring added success to the manager you’re meeting with.

This is where your good references come in. You need to provide an employer with compelling proof of your abilities. You’re going to need to be selective about what references you use from your last employer — but you should definitely have references from people there who know you well. This includes co-workers and managers in other departments that know you. (You don’t have any such references? Tell me who your friends are.)

Remember that your old company’s customers, vendors, and professional consultants (lawyers, bankers, accountants) can also be powerful references, if you had such contacts in your last job.

But take this extra step: Ask your references to call a prospective employer before he calls them. (I discuss this and other powerful reference techniques in Fearless Job Hunting, Book 5: Get The Right Employer’s Full Attention, especially in the section titled “How do I deal with an undeserved nasty reference?”, pp. 19-21.) A good reference won’t have a problem doing that for you, as long as you don’t ask too often. An employer will see this as a very powerful recommendation.

Don’t be depressed. Moving on is the right thing. When you wake up in the morning and look in the mirror, you’ll be looking at someone with integrity. Your previous employer may find an image in his own mirror that isn’t so pleasing. There are lots of companies that want ethical workers. To find them, keep your standards high.

Ever get fired because you didn’t “fit?” How did you handle it? What did you do for references?