Why employers should pay to interview you

In the April 30, 2013 Ask The Headhunter Newsletter, a job applicant invests more than eight hours in interviews and asks why the employer acts like her time is free:

The rudeness of employers seems to be pervasive out there. I had interviews with a company recently. The second round involved four finalists meeting 12 employees over eight grueling hours. They said in mid-March that they would make a choice by April 1. I called the HR person on April 7 and got her voice mail. I said I wanted to know their decision based on the timetable she provided and asked her to call me. On April 17, I e-mailed the hiring manager to reinforce my interest and asked if they had made a decision.

The next day the HR manager responded that they hired a candidate who started work the last week of March. She said that a formal notice would be sent to other applicants within the week.

April is over. There’s been no notice. One of the other three finalists told me she heard nothing at all. Are manners and simple courtesy totally dead?

Job applicants appear on time for interviews, devote hours of unpaid professional time to an employer, and then wait patiently for a hiring decision by the promised date. Inevitably, a company ignores its own timeline without any update or comment to the candidates. Why? Because candidates are free.

You could be bold instead of free. Send the HR manager certified mail with a copy to the hiring manager and the CEO of the company: an invoice for your time.

Am I crazy to suggest this? Would you be crazy to actually do it? Imagine the note: 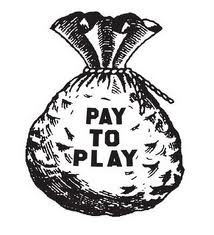 My time for our first interview was free, as it was an exploratory meeting. You requested more time for the second round of meetings, which I provided at no cost, contingent on your company fulfilling its commitment to respond with a decision by the date you chose, April 1. You ignored my calls, e-mails, and your own deadline, without the courtesy of a notice.

I am thus billing you for the eight hours of my professional time spent in the second round of meetings with your team. As a professional, I would never dream of being irresponsible with the time of my clients, my vendors, or my employer. Time is money. I live by the deadlines I commit to, and I expect others to do the same. Anything less would be irresponsible to our industry and to our profession. None of us could operate with integrity if we ignored our commitments. This is not a joke. I expect payment within 10 days.

If this seems extreme, why should it? Is there a more polite way to notify a company that it has erred? Sure — but you’ve already done that, several times.

Every day, companies ignore these time commitments with impunity. Why is a deadline for a hiring decision any less important than a deadline to deliver a product to a customer? The company’s ability to meet either deadline establishes its reputation. (See Death By Lethal Reputation.) Yet, while companies worry plenty about dissatisfied customers, they don’t give a thought to what other professionals in their industry will say about them.

A job applicant treated with disrespect can do as much — if not more — damage to a company’s business as a dissatisfied customer. Do employers really think word doesn’t get around?

Maybe hiring managers just assume that their HR departments handle all the necessary niceties with applicants. But, just how accountable are HR departments? Does this company’s public relations department realize that while it’s spending millions on good press, the HR department is scuttling it? If you’re a hiring manager, and you’re not sure how job candidates are treated after they leave your office, please read Respecting The Candidate.

Your HR department might explain that processing applicants, job offers, hires, and rejection letters is cumbersome. Tell that to your customer who cancels the order that’s a month late, or to the prospect who’s waiting for a sales rep to return her call.

The technology to keep candidates informed is here. The will isn’t. Why? Because job candidates don’t cost anything. Companies can get all your professional time they want, for free, without any obligation to you whatsoever.

That’s wrong. Don’t you think it’s time for employers to put some skin in the game, if only because it would make them think twice about the costs they impose on applicants?

What if employers had to pay for job interviews? Should you really send an invoice if an employer ignores its obligation to you?

Good questions. Would it make any difference if you actually sent in that invoice? It might, if you copy the company’s public relations department and three leading industry publications. (Don’t forget to add me to your list.) To paraphrase Arlo Guthrie’s song, “Alice’s Restaurant Massacree,” imagine if 50 people a day sent interview invoices to employers. Employers might learn to behave.

You don’t want to ask an employer to pay you for an interview? Then consider Conrado Hinojosa’s provocative The No-Nonsense Interview Agreement instead.

Bad behavior is un-businesslike. I challenge any HR manager to explain why it’s okay to ignore even an implied commitment to a job candidate. If your company shines in this regard, I’d like to hear from you, too. In fact, I’ll gladly highlight your company in an upcoming column.

In the meantime, I think employers should start paying to interview applicants — perhaps then they’d behave the way they expect applicants to behave.

If you could carefully select job candidates for a job at your company, would you pay them to interview with you? What is a candidate’s time worth, anyway? Even if the person is unemployed, if they’re worth interviewing then they’re worth money.