They promised a raise but won’t deliver

In the October 30, 2012 Ask The Headhunter Newsletter, a successful manager complains a promise about higher pay hasn’t been kept:

When I was hired almost two years ago as a manager, it was with the promise that if I achieved certain milestones and met the company’s expectations my compensation would increase dramatically. I’ve met all the requirements and more, and no one disputes that. But when I approached top management about this recently, they said there’s no way they could pay me that much money.

These are basically honest people, and I like working with them. They created the expectation, and I have worked exceptionally hard to earn exceptional money. I’m willing to stick it out, but I’m wondering if I was too trusting. I did not get all these promises in writing as you recommend. I decided to take a chance. (I just bought Keep Your Salary Under Wraps. I figured I owed it to you. Your first book basically got me my current job!) I’d appreciate your thoughts. 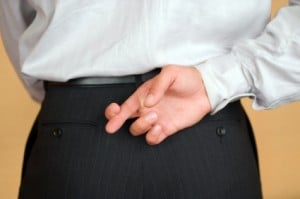 There’s no law against employers promising things they later decide they just “can’t” deliver — unless they put it in writing. I learned this the hard way, too. Many years ago I took over a sales group, and the VP offered me one of two deals: A decent salary and a pretty good commission plan, or no salary and a phenomenal commission plan. I quickly decided that if I couldn’t blow the quotas away, I just shouldn’t take the job. But I did, and the VP used to crow that he and I were the only ones that put their money where their mouths are and worked on 100% commission.

I made a lot of money. And, as I anticipated, I blew away the plan. Again and again. Until they brought me in and said, “We can’t keep paying you this much money.”

It took a while for me to leave. But I’ve seen this happen many times to others, and the caution I offer is, get it in writing when you accept the offer.

The criteria for more money must be:

The agreement must also guarantee the plan throughout your employment, or they’ll reduce it. Few employers will put it in writing because the deal they offer isn’t real to them. That is, they really don’t know what to do with exceptional performers, except promise that they’ll take good care of them… until time comes to pay off. And here’s the serious problem: They can’t accept the idea that paying you a big chunk of a lot of money is better than paying a small percentage of a lot less money. So they lose managers like you.

For some of the very best advice about how to protect yourself when accepting a job offer, see Bernie Dietz’s excellent article, Employment Contracts: Everyone needs promise protection.

None of this helps you now, but it might help you next time. If your boss doesn’t understand that the best way to lose the best employees is to welsh on compensation, then either you adjust your expectations, or you find an employer that is willing to pay for exceptional performance. They’re out there. But you won’t find them by applying for jobs. You pick the sweetest companies, then research the management team — and when you find such a company, you go after it. But once you’ve got the deal you want, get it in writing. It’s not real (as you’ve learned) if they won’t sign it.

But you can still try to fix this now. Try to “renew your wedding vows.” Is the company willing to sign a friendly letter of intent that re-states your original agreement with a firm timeline based on your performance? It’s not too late to amend the employment deal you took.

In Keep Your Salary Under Wraps I recommend William Poundstone’s excellent book, Priceless: The myth of fair value. This book explains how a salary is “anchored” to a low point. Don’t let it happen to you. The book also explains how to pull a negotiation upwards by understanding the parameters of the anchoring effect. Contrary to the conventional wisdom (“Whoever states a number first, loses.”) it turns out that you can control negotiations about money if you know what number to state and how to state it.

Thanks for your kind words. I wish you the best.

Did you get paid what you were promised? Or, did you get suckered into delivering exceptional performance without exceptional compensation? Is it reasonable for employers to avoid big payouts? Let’s talk about how to protect yourself.