How can I optimize my first day on the job?

In the February 14, 2012 Ask The Headhunter Newsletter, a reader asks how to make the most of the first day on the job:

I am starting a new job soon and would like your suggestions on how to make a great first impression. I can do the handshaking and small talk, but what else? I’ve read that one should meet with the boss at the end of the first day for a check-in. I really want to do this right and show that I’m part of the team.

It is indeed a good idea to stop by your boss’s office at the end of your first day to say thanks for the job and to check in. I’m glad that you’re thinking about the impression you will create. Too often, new hires are too nervous to think at all during the first day! Monitoring how you’re doing is an important part of achieving success. 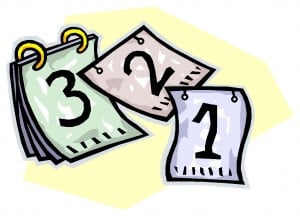 I encourage you to apply this perspective not just to your first day, but to your first week, first month, three months, six months and first year. Asking for and getting good feedback is a great way to become part of the team.

Check in with your boss regularly to ensure you’re meeting expectations and that you understand your objectives. Be diplomatic and be confident.

After you’ve been oriented and after you’ve been assigned your first tasks, take time to outline the work you are to do. Also outline how you’re going to do it, including an overall strategy, specific steps, tools you will use, and so on. Include estimated (or mandated) milestone dates along with measures of your own performance.

Then sit down with your boss and go over your written outline.

This establishes an important kind of self-monitoring that will build your credibility.

If your boss responds positively, ask to meet managers and staff in departments “upstream and downstream” from your own, to learn how your work fits with theirs.

It’s very smart to start out on the right foot. But then you must demonstrate periodically that you’re not just doing the work — you’re thinking about how it affects the company’s success. After all, that’s what you were hired for, right?

What’s your experience been when starting a new job? What did you do to optimize your success? And… how did you screw up in those first few days or weeks? We’ll all learn something from everyone’s stories — please post and join in the discussion!