In the September 27, 2011 Ask The Headhunter Newsletter, a job hunter says he’s got personal introductions to two C-level execs at a company where he wants to work. He worries, is it even a good idea to use them?

The CEO of my former company just gave me two of the best contacts that one could ever hope for. It turns out that he worked at the company in which I’m now interested. He gave me the direct numbers of the CEO and CIO there, and his permission to use his name liberally.

The problem is that I wouldn’t be reporting directly to either of these gentlemen. I technically fall under the CIO’s umbrella, but far removed — I want a web developer job that they have available.

Another problem is that I don’t know anyone else in this company of about 500 people. So how do I take advantage of these contacts without having the whole thing blow up in my face? Should I even try contacting them if they’re not going to be the ones to whom I’d be reporting? This might be as bad as trying to contact HR. Please advise. 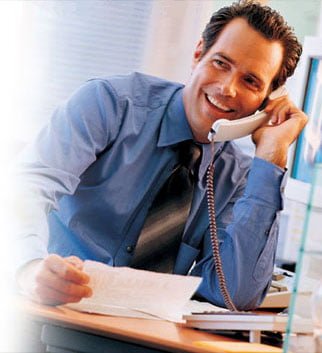 The best thing you could do is ask your CEO buddy to call one of these people and recommend you. This is very powerful. If your old friend thinks so much of you, he should be willing to make the call.

Alternately, you could call the CIO, since that’s the area you’d be in, and say your old CEO suggested you call him. But: Do not ask for a job.

“Joe Smith, my former CEO at ABC Company, strongly suggested that I get in touch with you. He thinks I should consider a job at your company. I’m a web developer and I’m trying to get a deeper sense of what’s important to your company in its web presence. I don’t believe in interviewing just because there’s a job open — I like to make sure I understand a business first, and to make sure I can offer something useful and profitable. Do you have a few minutes to tell me a bit about your IT philosophy and your organization?”

Don’t ask for a job

The point is to focus on what a CIO is interested in: strategy and philosophy of IT. Then let him (or her) talk. At the end, state clearly that you’re interested in working for his company and ask if he feels you’re someone the company would be interested in.

“If you think it’s a good idea, I’d like to talk with someone on your web development team who can tell me more about the operation.”

If he tries to send you to HR, politely explain that you’re glad to talk with HR, but first you’d like to get more information about the web work being done there. Here’s how to say it:

(This part of my advice is omitted. It’s for newsletter subscribers only. Subscribe to the newsletter  to read all of next week’s Q&A! It’s free! Don’t miss another edition!)

Note that you’re not trying to apply for a job through the CEO or CIO. The goal is to use your old CEO’s personal contacts to help you develop the relevant contacts you need in this company — in the IT department — not just to apply for a job.

Don’t be afraid of a C-level contact, and don’t feel awkward making these calls. You’ve been introduced. Talk shop with these execs, not about applying for a specific job. Use your conversations to learn about them and to expand your circle of contacts. Then ask for referrals to others in the company who can talk shop with you, and you’ll be in the door before you know it.

It’s almost always best, when you’re talking to someone higher up than you, to ask for advice and guidance. Use those exact words:

“I’d like to ask you for a little advice and guidance about how someone with my skills could help your web development team be even more successful.”

Have you ever used an executive contact to get ahead? If you’re an exec, have you given this kind of help? This is a topic that doesn’t get much discussion because many people feel awkward about making that call to an exec. How do you get over the hump?