You know that rude behavior employers dish your way when they recruit you, cajole you, try to woo you, impress you, and interview you — then won’t return your calls, much less decide whether to hire you? 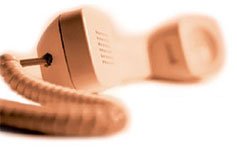 Now it’s happened to a C-level executive, CEO Carol Bartz, who was just fired by Yahoo. While Bartz’s performance, and Yahoo’s justifications for firing her, will be debated, what’s clear is that Yahoo’s board of directors is a bunch of wussies. They fired her on the phone. (For more details, see my column on CMO.com, Stupid HR Tricks: Yahoo Phones It In, and join me in the discussion.)

Gimme a break. Say what you want about Bartz’s performance at Yahoo, the former CEO of AutoDesk never “phoned it in” during her stellar career. She deserved better.

So what’s the point? The point is that Yahoo’s board just sent a loud signal to the community from which the company recruits: We behave without dignity and integrity. Don’t bother seeking a career here, unless rudeness and disrespect are high on the list of attributes you’d like in an employer. Worse yet is the signal to investors and customers: “A reputation that attracts top talent isn’t on our agenda.”

Yahoo Finance just featured an article titled, “Tech Jobs Plentiful, Talent Is Not.” Gimme a break. “While the tech sector remains one of the few bright spots for the U.S. job scene, firms are having a difficult time finding qualified people to hire, a new survey says.”

No kidding. I hear Yahoo’s HR department is crying, “Talent shortage!” But who wants to work for a bunch of rude wussies, to whom “phone it in” suffices for “executive action?” Go ahead, laugh your ass off. What goes around, comes around. Trouble is, when companies start doing it to C-level execs, that’s a clear sign it ain’t gonna get any better.

Tip to companies that operate with integrity and treat people with respect and dignity: You have no competition when recruiting and hiring.

Message to “the talent” out there: Those good employers are out there. You’ve just gotta look harder today.