Running On Empty: TheLadders folds up its shell game

Today TheLadders folded up its shell game and announced that it’s just another job board. 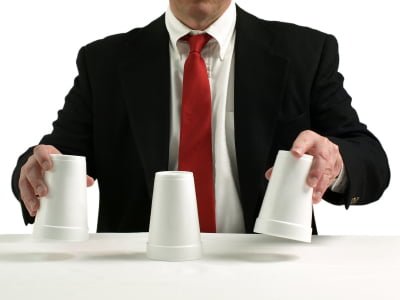 In a press release titled “TheLadders: Now LinkedIn’s number one competitor,” TheLadders says that it will now take anyone’s money, at any salary level, to provide the same services as Monster.com, HotJobs, CareerBuilder and every other jobs database.

“[TheLadders] will soon be available to all motivated job seekers looking for the next opportunity to move their careers forward.”

It’s not clear who is the bigger sucker: TheLadders’ executive customers, who thought they were paying for exclusive job listings. Or Ladders’ public relations firm, Allison & Partners, which is now grappling with a Tiffany’s wannabe that has opened a bargain-store basement. Or the media, which happily air these Ladders commercials in their editorial content. Or employers, which have been funding this “exclusive” shell game for eight years.

Since 2003, TheLadders has been playing games with $100k+ job seekers, charging them $35/month for access to supposedly $100k+ jobs, and billing employers for access to those same people. There’s plenty of documentation showing that TheLadders’ database is full of drek, both on the applicant side and the job side. Recently, employers revealed that TheLadders scrapes jobs from companies’ own websites, inflates the salary levels, and publishes them for sale to its paying members. When companies that aren’t even Ladders customers complain, TheLadders leaves the fraudulent listings in its database. Employers get stuck processing applicants to those dishonest job listings.

It’s a well-known customer service dictum: When two or three customers make complaints, a company should worry about the many, many more who don’t take the time to complain publicly. What then of the teeming hordes of Ladders customers who swarm and post complaints every time an article or blog post appears about TheLadders?

The shell game couldn’t go on forever. Now TheLadders is just another job board. But the problem for Cenedella’s business plan is that Monster.com, CareerBuilder, and HotJobs don’t charge people to look at their job listings.

“According to a Harris Interactive survey, 43 percent of $100K+ job seekers who changed jobs in the past year utilized TheLadders.”

Maybe Harris Interactive is a sucker, too. “Utilized?” What does that mean? People who signed up for TheLadders’ free trial since 2003, and who’ve wanted to get out, complain they’re still stuck in the database. Ladders CEO Marc Cendella won’t stop sending them his e-mail “updates” no matter what they do to get off his list. But Cenedella’s intent all along hasn’t been to offer useful advice in those e-mails. It’s been to keep his defunct “list” alive for public relations purposes — and Harris Interactive, a respected market research company, has now put its good name on this shell game. (I challenge Harris to disclose all the data and details behind the 43% claim.)

One wonders, what does the $100k+ customer think of all this, while paying for exclusivity and access to jobs at the highest levels? My prediction: Those who are still paying will stop. They should take note: A common complaint from Ladders customers is that terminating those monthly, automatic credit card payments to the company is not easy.

Coming fast on the heels of $900 resume-writing services and the $2,500 “Signature” program, the newly-discounted $15 “Premium” memberships and jobs at all salary levels reveal a company that’s thrashing, incapable of finding its market.

Clearly, the claim that “43 percent of $100K+ job seekers who changed jobs in the past year utilized TheLadders” is bullshit. If it were true, TheLadders would not be admitting failure, dropping its claim of exclusivity — and its prices.

In the dust surrounding TheLadders’ demise, the simple truth remains: Most jobs are found and filled through personal contacts. The development of sound relationships required to pull this off take a lot of time and a lot of hard work. Trusted contacts who’ll refer you to good employers can’t be paid for — they are cultivated through shared experiences into a circle of friends. Learning The Basics of job hunting isn’t difficult. But there’s no shortcut. You can’t buy a job offer.

After enduring eight years of caustic customer complaints, TheLadders has folded up its shell game. TheLadders is in its death throes, lying by the online roadside, gasping for a new business plan — because TheLadders is running on empty. 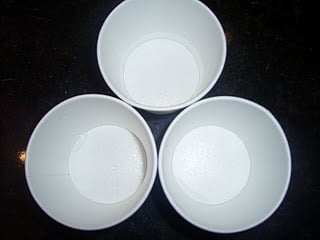