Looking for a job in America: Got a flashlight?

I couldn’t make this stuff up.

A sales director with over 20 years’ experience managing sales teams pays MyJobHunter.com $50 to send out 500 job applications on his behalf. The guy’s wife’s beauty salon receives the resume and calls him for an interview. He didn’t know it, but his “job hunting agent” also submitted him for jobs as a receptionist, manicurist and fitness coach. Then he’s befuddled when a district manager from Krispy Kreme calls about his job application. 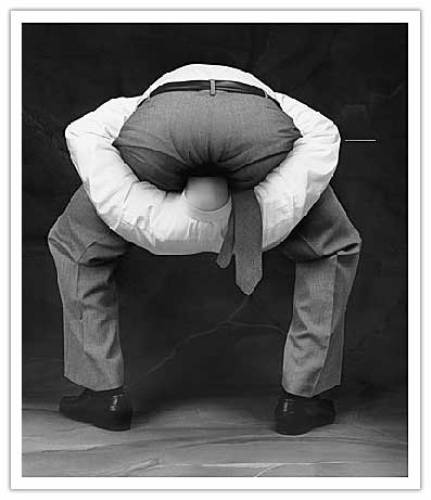 A guy in Washington, D.C. pays JobSerf to submit job applications on his behalf to land a job in finance. He gets a call from a company about a job selling playground equipment.

These people are looking for jobs — where?

Sanjay Dasgupta, head of the JobSerf team in Visakhapatnam, says his U.S. clients are to blame. They’re not clear about what they want, so JobSerf sends their resumes to inappropriate employers.

They’re laffing their asses off in India. Maybe this is outsourcing revenge.

A guy in Houston used MyJobHunter to send out so many resumes to the wrong companies that a recruiter who received his resume chewed him out. The guy’s comment? “I’d rather have too many submissions than too few.”

These stories are all reported in The Wall Street Journal: The Unemployed Worker’s New Friend: Outsourcers.

“Occasionally, the sheer abundance of job applications some clients send can spin out of control, forcing the services to cut them off. MyJobHunter’s service was once slowed by a customer who set his parameters so  wide that he applied for more than 20,000 jobs, said Lee Marc, CEO of eDirect  Publishing Inc., which owns MyJobHunter. ‘They’re like junkies,’ said Mr. Marc, who once had a customer apply to  10,000 jobs in a week.

Looking for a job in America: It’s a good idea for an outsourcing business in India, because there are a lot of dummies in America.  But if you sign up, ask for a flashlight, because it’s a long and winding road in there.

(What’s perplexing is that The Wall Street Journal exposes the underside of “paid job-hunting help” by reporting on two-bit companies like JobSerf and MyJobHunter.com — yet avoids the big kahuna in the pay-for-jobs rackets: TheLadders. Well-known for greasing the media channels, TheLadders slips through yet another investigative column about employment practices in the world’s leading business journal. Maybe it’s The WSJ that needs the flashlight.)