My husband is a recent college graduate in need of a professional job. He’s had a couple of possibilities, but no offers or anything.

I know what the problem is. He’s going about it the old-fashioned way, by applying for “available” jobs he finds via the Internet. He dutifully fills out applications and sends resumes to places advertising jobs. Obviously he needs to get on the networking ball, but he’s having a difficult time with it, for two reasons.

First, he thinks it’s wrong. He wants to get a job on his merits, not because he “knows somebody.” He wants to feel like he earned the job by being competent, not by being the best ass-kisser or because somebody’s brother’s cousin’s friend has some pull with the company owner’s daughter’s dog groomer. I don’t know what to say to him about this, because I happen to agree. It feels like, at least in the current climate, success in a job search has relatively little to do with your actual ability to do the job.

Second, and this is the part I’d like your help with, it’s really a downright unpleasant thing to have to do. Calling up everyone you know, begging for a job and asking them to beg for you to everyone they know. I think it would be easier to ask people for money, frankly.

How do people do it? Do you reward yourself with a treat every time you make an icky phone call? Imagine your “contact” in nothing but their skivvies? Risk sinking into multiple personality disorder by dissociating yourself from the entire process? 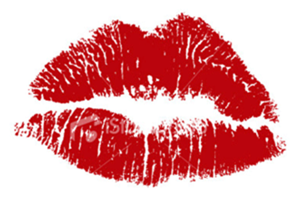 I understand your husband’s hesitation and his attitude, because I was a new college grad once. However, he is absolutely, positively, completely wrong.

It’s easy to assume that “who you know” is a corrupt way to get a job. The truth is, companies hire people they know because they’re less likely to encounter problems with “people they know.”

Need to get a job? We hire who we know.

A V.P. at a successful company explained it to me many years ago.

“We hire using our company’s ‘people filter’. We hire only people who are referred by our employees and by people we know. This assures us that we’re getting good people, because why would our friends and employees refer turkeys? It assures us that the new hire will work hard, because if she doesn’t it would reflect poorly on the employee who referred her. And, we are assured that the new hire will get lots of help and support — it’s a kind of guaranteed on-the-job-training.”

Know what? That V.P. doesn’t hire people just because they “know someone.” Good companies will still examine a highly-recommended candidate carefully. They will look at your skills and abilities, and hire you only if you’re right for the job. A good company won’t hire a turkey whose only credential is that she “knows someone.” But, that people filter is what gets a candidate in the door, and it’s what seals a relationship if all other criteria are met.

We don’t hire resumes or turkeys

You are worried that “success in a job search has relatively little to do with your actual ability to do the job”. Step back a minute. How is your husband demonstrating his ability to do the job? By sending employers a document with his name and credentials on it? Do you really think that convinces anyone he can do the job?

When you send a company your resume, you’re not demonstrating anything. All you’re saying is, “Here are my credentials, all typed up nicely. Now, you go figure out what the heck to do with me.” Employers are lousy at hiring from resumes. A personal contact is your opportunity to actually show what you can do — it’s your opportunity to demonstrate your value and to suggest how you will help the company. (This won’t work if you’re a turkey!)

We trust our icky contacts

Your husband needs to get over this. (And so do you.) If you don’t follow my logic, consider this. Companies pay headhunters lots of money to deliver the very best candidates for a job. A $100,000 position will yield a $30,000 fee. Do you know why companies pay that kind of money? Because they don’t want to waste time with thousands of resumes of people they don’t know. They want the personal referrals of the headhunter. They’re paying handsomely for those icky contacts.

Trust: Get a job without icky

Developing professional contacts is crucial to success. If you regard it as icky, then you’ve got the wrong idea entirely. Is it dishonest or immoral to make an effort to meet people who do the work you want to do? Is it ass-kissing when you call people in your field to discuss their business and to learn how you can make a contribution to their industry? Is it unpleasant to take a step into your chosen line of work — or is it just uncomfortable because you don’t know how to do it? (Please check Natural Networking: An end to stupid networking.)

If your husband can’t get comfortable talking to people about the work they do (and the work he wants to do), then I can’t help him. He’s going to have to learn the hard way.

Here’s the risk he takes. If he gets hired strictly on the basis of a blind resume submission, the odds that he will have the support and attention he needs to succeed are much smaller than if he gets hired through a personal contact. My friend the V.P. devotes lots of time to help his new hires succeed because he’s beholden to the people who referred the candidate — there’s personal responsibility and trust involved. You see, it works both ways: personal contacts yield good hires for employers, and they yield the best opportunities for job hunters.

Don’t kiss anything to get a job. Networking must not be icky. It should be a natural, satisfying experience of getting to know good people in your field — and helping them get to know you.

I wish you and your husband the best.

What’s your take on networking and using personal referrals to get a job? Maybe more important, why do so many people think networking is “icky?” Is networking a skill, or an attitude?