Is “the hot job market” a load of crap?

Here’s another article, this one from MarketWatch, about how The U.S. Jobs Market Is Scorching Hot. So why can’t I get interviews for a good job, much less a job offer? I’m pretty fresh out of school with desirable technical credentials and all I want is a good job at a good company. I’m not greedy about salary. If employers are so hot to trot and good people are so hard to find, why do they do 6 interviews on 6 different days then tell you it doesn’t seem you are really interested in their product line? Doesn’t the ability to learn quickly and work hard count? How long can a company leave a job vacant? I don’t know who’s measuring what, but the news about the hot job market is a load of crap. The job market stinks. Am I the only one that thinks so? 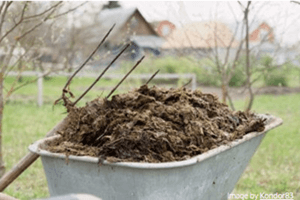 I’m inclined to agree with you. You’re not the only frustrated, befuddled job seeker. I get lots of mail like yours. People with solid credentials and experience — at entry and higher levels — are confused and angry.

Today there are around 11 million open jobs and 6 million people unemployed. There are far more open jobs than job seekers. Employers call this a talent shortage. “We can’t fill jobs!”

Here’s the rub. In 2016 I was hired to do a webinar for Kelly Worldwide. It was a conference of HR managers. Their #1 complaint? The talent shortage. But in 2016 around 20 million people were looking for jobs. There were around 5 million jobs open. I upbraided my HR audience for calling a 4:1 hiring advantage a “talent shortage.”

What’s changed? Nothing, really. The condition of the economy doesn’t matter. Employers keep making the same recruiting and hiring mistakes today as they did in 2016. They blame job seekers and they cry “talent shortage!” no matter how many people the Department of Labor says are looking for work!

“Most companies hire for the position, not the person. So they look for a match on LinkedIn for all of the criteria. They have to have five years of this and 10 years of that — and that’s precisely the wrong way to go about hiring.” (Fortune, 9/4/14)

How could “talent shortage” explain two very different economies and job markets? I think Schmidt says it all. Employers own this problem. They don’t know how to recruit or hire, and they make the same mistakes in any kind of economy. The rest of us suffer for it.

But the question here is, does the job market really stink today?

I’m not an economist or an oracle. But I think members of this community have information, opinions and insights on today’s inscrutable job market. So this week I’m going to ask readers some questions. I hope the resulting comments will shed some light on what I agree is “a load of crap” about “the hot job market.”

Is the reader who submitted this week’s question an anomaly, or is “the hot job market” an illusion? What do you think is going on and what should we do about it? I hope you’ll share your comments on the four questions. Thanks!