Should I rat on a job candidate?

I find myself in the position of having to decide whether I should rat on a job candidate. My boss is about to interview someone who applied for a job in our group. I will not be involved. He is a former colleague from my previous employer, where he was a problem employee. He and I had a major falling out because I questioned a bad decision he made and then tried to cover up. It was very costly to the company. It was awkward but I had to “testify.” He got a “black eye” as a result, but the company didn’t know the half of what he had done. I have never told anyone here about it and the former colleague may or may not know that I work here. (Obviously, I didn’t say goodbye to him).

I have a very good relationship with my new boss but am afraid to tell her about this because I fear it may color her impression of me. Should I approach my boss about it? How? 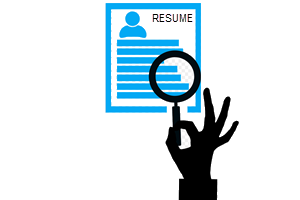 You have two responsibilities to your employer in this matter:

You didn’t tell me the details of what transpired at your old company, and I don’t want to know them. I have to trust that your position in all this is above reproach. If it is, then I believe you must find the right way to notify your boss because if this person is hired, he will likely affect not only your ability to do your job, but everyone’s.

You need not rat on a job candidate

I suggest you tell your boss you are aware so-and-so may be considered for a job, then add, “May I make a suggestion?”

Stop there until you get the go-ahead to say more. If your boss declines your input, leave it alone. You aren’t in charge, and you’ll have to deal with whatever happens. If your boss clears the path, say, “If you do a careful reference check on this person, I won’t need to put myself in an awkward position by offering information that might seem self-serving.”

Note that you’re not disclosing what happened at the old company. You’re not ratting anyone out. You are making a suggestion to your boss about the hiring process. This may seem like I’m splitting hairs, but I believe it keeps you safe.

If your boss takes this at face value, let it go at that. Say no more.

If your boss encourages you to say more, make sure you’re in a private setting, whether on the phone, via Zoom or in person.

“Look, I don’t like to disparage anyone, and I know you can form your own opinion. I worked with him at my last company, and I wish that I hadn’t. I’d just as soon you got the story from someone else at the other company. The last thing I want is for you to think that I go around bad-mouthing people.”

You don’t have to rat on a job candidate. It’s better to let another reference outside your company provide the details simply because they won’t have the same vested interest you do. (You could suggest your boss learn a bit about how reference checking can be a competitive edge.)

If you don’t give your boss at least this much of a heads-up, it could hurt her and the company, and it could put you in the position of having to work with this person again. You’re not nixing the hire. (You don’t have that kind of power.) You’re encouraging your boss to look extra closely at the candidate. In my opinion, this meets your two obligations I mentioned above.

Your new boss may give you the okay to spill the whole story. Be careful not to compromise your own integrity as you tell it. Keep it brief and objective. In essence, you are providing a reference, so apply the same circumspection you would if a different employer contacted you for a reference on this candidate. Stick to the facts. Let your boss draw the conclusions, and encourage her to check with other references.

This is unfortunate, but I think you have to address it. I don’t think you’re ratting anyone out. This is business information. If you were your boss, wouldn’t you want to know? I believe my suggested approach demonstrates that, even if this matter is personal to you, you’re doing your best to handle it professionally.

If your boss hires this person anyway, you will probably have some other decisions to make. I hope for the best.

Is this “ratting on a job candidate?” What would you do? Is it possible for the reader to protect the boss’s (and company’s) interests without personal risk? Also, what would you do if you were the boss in this case?