What if my meds trigger a positive drug test?

After over a year of unemployment, I finally got a job offer from [a major company] that I accepted. I’m relieved if not in disbelief, especially with the holidays coming up! The start date is in a month, and HR requires a (urine) drug test, which does not surprise me. But I have a concern. I take prescription medication and I’m worried my meds will turn up in the test results. The meds are for a chronic condition I do not want to reveal to the employer. (The condition will not affect my ability to do the job.) How do I do the test and protect my privacy? Should I just go cold turkey and hope my meds don’t trigger a positive result? Should I tell HR in advance what I’m taking? How about if I just discuss this with the testing lab when I show up? 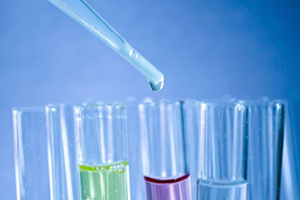 I’m not a Human Resources expert or a lawyer. Because drug testing regulations vary by state in the U.S., you should check the law about what proper procedures are — and what your rights are. NOLO offers a good discussion about laws on employee drug testing. Not all companies approach drug testing the same way, though there are some standards.

For corporate insight, I turned to a long-time HR manager I respect and asked about going cold turkey, and about whether you should disclose your prescription to HR or to the lab. She has worked for companies large and small. She said no on all three counts.

Relax about your drug test

My HR manager friend suggested that if you’re taking a drug on a prescription in the care of a doctor, and don’t use other drugs illegally, you should not worry about these tests. You’re more likely to raise red flags than to protect yourself. If a test turns up a false positive, you can ask for full results. The employer will likely ask you to explain at that point, and your doctor should back you up.

Congratulations on landing a job right before the holidays!

As long as your medical condition will not affect your job, and you want to keep it private, it may be best not to raise the matter with the employer or with the lab. And going cold turkey is not a good tactic! Review the consent agreement you signed to see what drugs the test is for, and discuss this your doctor before you do the test.

I wish you the best!

What’s your experience been with employment drug tests? Have you ever triggered a positive result? Did prescription meds have a role? If you’ve been through this yourself, what’s your advice to this reader?

Take 50% OFF your purchase of any Ask The Headhunter PDF books!

A great gift for job-hunting friends!

“Nick Corcodilos is the brutally honest, forthright and insightful headhunter who serves up tough love to job seekers while taking job boards and others to the woodshed.” U.S. News & World Report