Create your own job to get hired or promoted

There’s no Q&A in this week’s edition. Instead, I want to tell you about what someone said to me at a presentation I gave.

I had just suggested to my audience of job seekers that they should consider doing something more bold than applying for jobs. “Stretch! Take a chance,” I told them. “It’s better to cleverly create your own job and convince an employer to hire you to do it, than to chase published jobs and compete with the masses.”

Normal people must wait to get hired 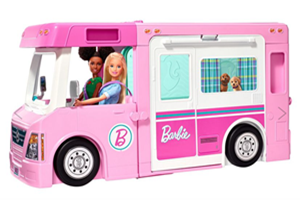 A hand shot up. (I encourage people to interrupt me because this is Ask The Headhunter, after all!)

“Only a LeBron James could get away with that! You have to be a star to name your own game. In my world, only uber-geeks who know 10 languages, 4 operating systems, and 12 databases could even dream of trying that! The rest of us normal people have to apply for whatever jobs we can find and hope there is a good fit!”

That really got to me. It implies that most people will always be stuck because they’re not stars or big experts. There is no bold action they can possibly take. Even if they tried, they’d be laughed at and rejected out of hand.

That’s bunk. To change your life — and your prospects — you can’t wait. To get hired or promoted you’ve got to step out of line and take a chance. You don’t have to be LeBron James or an uber-geek to do it. But you can’t behave normally, either, because (to quote Bruce Cockburn) the trouble with normal is it only gets worse.

Do you wait to get promoted?

We all get stuck in a rut — and if America’s employment system isn’t a rut, I don’t know what is. Convention dominates our thinking and our lives. Especially at work. While we want to get ahead, our first objective is not to rock the boat. We want to protect our jobs, to avoid irritating the HR manager who’s reading our job application, and to come off as being able to follow rules. Who wants to  be viewed as abnormal? What good is thinking out of the box if it gets us thrown out of the box?

So we follow the rules. To get a job, you fill out an application. To get promoted, you wait for your boss to tap you for a better position. You wait your turn, because who wants to tick off the management?

Maybe you should stop waiting.

Out of line, not normal, but promoted

When I was in college, I took a weekend factory job just before Christmas. A nearby Mattel toy factory couldn’t crank our enough Barbie Ferraris for the holiday rush. Any Rutgers student who showed up got hired — no interviews.

I showed up and was handed a punched time card with a red border. (Yah, punched computer cards. This was a long time ago.) The red border meant I’d build Barbie Campers for $3.25 an hour on a production line. Luckier hires became material handlers, operating manual pallet lifts. They didn’t have to stand in one spot for eight hours like the rest of us suckers. They cruised the football-field-sized factory floor, bringing us pallet-loads of parts. They got paid $5.75 an hour. Once assigned, you could not change jobs.

One evening the floor supervisor was in a foul mood, stamping his feet and wiping his brow as he moved along our ranks, assigning us to one assembly line or another. When he got to me, I must have been wearing my naive college-kid smile. “Maybe you’re in a good mood, Kid, but I’m short material handlers. That means the lines are gonna slow down for lack of parts and my production numbers are gonna fall off. I am not in a good mood.”

I looked down at the red-bordered time card in my hand — the dopey card that kept me at the bottom of the Barbie pay scale. I reached out and snatched a blue magic marker from his shirt pocket. Before the blood rushed all the way to his head, I smeared a blue line over the red one, and handed my time card back to him. “Just sign this and you’ve got one more material handler.”

Step off the line

My compadres down the line craned their necks to see whether I’d get reamed or fired. But the supervisor’s frown curled up briefly into a smile. “Turn around, Kid.” He used my back to sign the card. “Find a pallet jack. You’re a material handler.”

I never did get to build a Barbie Ferrari, but my pay went up 75% and so did my confidence. I wasn’t an uber-anything. But I learned that ignoring “normal,” and stepping out of line and solving problems without being asked, would pay off for me again and again throughout my life. It also earned me friends in higher places. But I was lowlier than anyone reading this website when I first tried it.

What about creating a new job?

Assertively reaching for a promotion to a better-paying job is one thing, because you already have a boss you can appeal to. But what if you want to approach an employer with your idea for job you really want that may not exist? That’s another story, and here’s one way to do it: How to create your own job.

The trouble with being normal is that you always have a lot of competition. When you step out of line you possibly become a target, but you do stand out — and that’s your chance to become the next LeBron James. Or to get a job or a promotion. It also saved me from having to box up another Barbie Camper.

Ever take a big chance that got you hired or promoted — or that cost you a job? Have you ever created your own job to get hired? What could you do to stand out, even just a little bit? Or am I just nuts to suggest it?