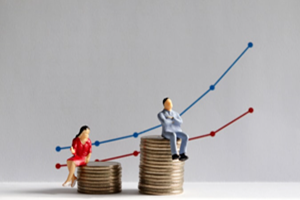 The gender pay gap narrowed overall by 6 cents in three years, with women ages 25 to 30 seeing the most improvement in that time, according to a new report released in conjunction with U.S. Equal Pay Day on March 24. In 2017, women in that age group made about 79 cents for every $1 men made; that increased to 86 cents in 2020, a 7-cent gain.

Women earn less, on average, than men, and so must work longer for the same amount of pay. Based on its findings, Visier [an HR consulting firm] forecasts that women could achieve pay equity in about nine years at the rate the wage gap is closing.

Other projections are not as rosy. The Institute for Women’s Policy Research, for example, estimates pay equity won’t be reached until 2059. The American Association of University Women (AAUW) projects that women won’t achieve pay equity until 2093.

The Society for Human Resources Managers (SHRM) says its members can’t fix a national compensation problem. But HR is in charge of compensation. If SHRM can’t lead HR managers to a solution, how will HR managers lead their companies to pay equity? How much are companies paying those HR people, anyway?

What’s your take? Who’s going to fix the pay equity problem? Why do professional women’s associations say it’s going to take longer than HR says it will? Why do HR departments own compensation policy if they can’t manage compensation? Is this another reason to eliminate HR altogether?