How we find a job 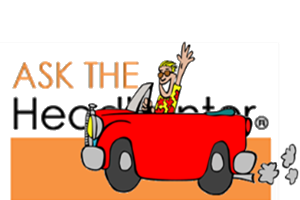 Everyone in the advice business thinks their advice is pretty good, or why would they be doing it? (Well, never mind…) I think the advice I’ve been doling out for decades about how to find a job is solid and that it works. I base that on experience and on the outcomes I observe.

It certainly makes me feel good when a client or reader reports that my suggestions worked, but I’m even happier when they explain how they bent and shaped what they learned here to suit their needs to get the job they wanted.

That’s what I want to ask you about: How you use what you learn here from me and from one another. I got this idea from a member of our community.

How to find a job

Long-time reader Kevin Kane wrote a short article: Get Inspired: How to use Ask The Headhunter. It’s in the Guest Voices section. He discusses several key tips he’s used to win the jobs he wanted, and he suggests you consider these tips, too.

I love it when someone distills what I teach to make it easier to use. Like Kevin, I expect others in this community have “short versions” of what they’ve learned here that has worked for them — and that might be helpful to others.

Of course, I’m sure there are also ideas readers have picked up here that they tried and bombed! That’s just as important as learning about what worked. (And that’s why I often emphasize that no matter what I recommend, you must always use your own good judgment before you try it!)

How do you use Ask The Headhunter to find a job?

So, in this special edition of the newsletter, I’d like to ask you to share your own experiences and suggestions about how we find a job in this community: How do you use Ask The Headhunter?

As you’ll see in his article, Kevin got an interesting reaction from a hiring manager after he used an Ask The Headhunter technique to “build a reputation” in the company before he even interviewed.

It’s in your Comments

This all brings me around to why I’m asking you these questions. There are two reasons. One is that your answers will influence which ideas I emphasize going forward, and teach me how to do a better job helping job seekers and employers.

The other reason is that, after members of this community digest, critique and amend the advice in my columns, the best insights and advice on this website surface — in your Comments! I’m intensely proud of that. That’s why I think this can be a very important discussion. The collective wisdom in this community about how to find a job is the true value in this website.