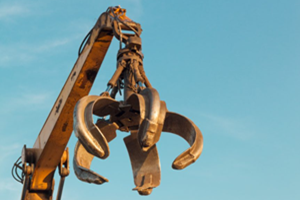 The company I worked for paid me quarterly bonuses for performance but the bonuses are based on the final performance of the entire team for the whole year. The final calculation determines whether you get even more bonus or give some back. The calculation was done after I left. I thought that I would be due more bonus but they claim I owe a refund. The bonus is $6,000; not a lot for them, but for me it is. HR sent a letter asking for it. I reviewed the policy. There is no clawback clause and nothing was signed. I don’t know of any other case where they took back bonus money from an employee who left. What do you think?

I’m not a lawyer and cannot give you legal advice, so I advise that you talk with an attorney. It will likely be worth the few hundred bucks it will cost. All I will offer are some observations and opinions.

Avoid clawbacks to begin with

I don’t like any kind of compensation or bonus plan with clawback provisions. A clawback is when an employer pays you money, then wants some or all of it back. Use of the word “claw” says it all.

Clawbacks are contractual provisions. That means you agreed to it, usually in writing. Unless it’s an executive position, I advise people never to sign or agree to such deals. A clawback is usually a penalty, and that’s no way to establish a good working relationship. Because most people don’t have employment contracts to begin with, and your company already paid you the money, I think they are at the disadvantage — but it depends on the details.

What was the clawback agreement?

I also think there is an important distinction between the company re-balancing the bonus at the end of each year as you described, and paying a bonus and attempting to claw it back after an employee is long gone. The time to establish such a claim is in the exit meeting. (I discuss that further below.)

Review what you and the company agreed to upon hire and upon separation from employment.

If you agreed to this in advance, I’m not suggesting that you stiff them just because you might get away with it. But it seems when you departed you honestly believed the slate was clean and your account zeroed out, because no one told you otherwise.

To avoid this and other problems when exiting a company, see Parting Company | How to leave your job. This PDF book includes a bonus mp3.
As I said earlier, the time for an employer to establish a clawback claim is in the exit meeting. I think the reasonable expectation is that all liabilities (on both sides) are settled upon your exit. A good HR department will make the terms of your parting clear, usually in writing, and ask you to confirm your understanding with your signature.

HR will reconcile all accounts just before an employee leaves, not after the fact. For example, they’ll take back the computer, keys, credit cards and other assets they issued to you. And they’ll give you a statement about what they owe you (e.g., an outstanding paycheck or expense reimbursement) and what you owe them.

What claim does the company have on that bonus now that you’re gone? That’s what a lawyer will help you determine based on the facts of your unique situation.

These are my observations and opinions based on what I’ve seen over many years. What you do is up to you, of course. A good lawyer can explain your legal options once you share all the details.

Have you ever lost money to a clawback provision? What happened? Does your employment include a clawback? What’s it for? What could an employer give you that would be worth you signing a clawback agreement? Are clawbacks even fair, or a smart tool for anybody?