You got the job promotion! Where’s the raise? 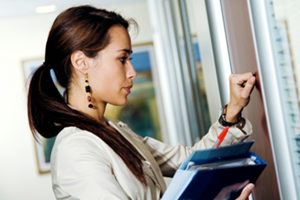 My friend got a job promotion but they haven’t told her what the new base salary is going to be. She was hoping for at least a $5,000 raise. She knows for a fact that the budget is for double that. I told her she should have asked her manager about the raise immediately when he gave her the promotion. They already low-balled her when they originally hired her. I think she needs to suggest a $10,000 increase and see what they come back with. What should she do?

I agree with you that she made a mistake not asking about money immediately. In her hesitation, she unwittingly signaled her boss that money isn’t an issue, and perhaps that she’s not confident in her negotiating ability. The boss may have judged he can take advantage of her. Your friend needs to go knock on her boss’s door.

Is a job promotion reward enough?

Some employers play an underhanded game with salary and compensation. They believe the longer they avoid bringing up money and the longer you don’t raise the issue, the less they need to pay you. This happens with job-offer negotiations and with promotions and raises.

In the case of a promotion, by not mentioning money your employer may signal that the promotion itself is your reward, and that you should be thrilled at the news and accept with no questions asked.

The discomfort your friend felt — and the reason she didn’t ask about the new pay — stems from an insidious contrivance employers (especially HR) rely on when discussing a job: It’s not nice for job candidates to bring up money.

Should you bring up money?

Our employment system drills that cockamamie “rule” into our psyches. This ridiculous idea dominates most job-interview advice. “Don’t bring up money! They’ll think you care more about pay than about the opportunity, the job, and the company!”

And then there’s the capper: “It’s unprofessional!”

Believing this balderdash is probably why your friend is not being paid what she’s worth — and why she’s so hesitant to speak up.

Be forthright about money

Of course money is a key issue! It’s why employers discourage discussing it! Your friend should do as you suggested. Go ask her boss immediately how much the raise is. Since she seems to feel awkward, I suggest this casual yet forthright approach.

How to Say It
“Thanks for offering me this job promotion! So, what’s the money (or pay) like for this new role?”

Say it with enthusiasm and a smile. It’s direct, non-confrontational, friendly and almost innocent. Most important, it signals your clear expectation that the pay must be higher. This is actually the disarming start of a negotiation.

Why do employers always make the salary clear in a job offer, but not always with a promotion? With a promotion they clearly have leverage because you’re already employed at the company. They believe your only option if you reject low pay for a promotion is to quit and start a job search. They believe you have no leverage. This is why you must always have other job opportunities simmering on a back burner. No job is guaranteed. It’s imprudent to have to start a job search from scratch if your current job ceases to be viable.
What if the boss states a low number or says there is no raise at all?

Turn a job promotion into a raise

Your friend should politely and respectfully make it clear the matter is not settled and she expects a negotiation before she accepts the promotion.

How to Say It
“My expectation, based on what the job requires, is that the pay is higher than that. Can we discuss it?”

If the boss asks how much your friend is talking about, she should not state a number just yet because, if the boss is not agreeable, that will likely end the conversation. The objective here is to have a dialogue.

This is where your friend must shift the boss’s expectations, take the discussion up two notches, and take control of the negotiation. Here’s what to say to turn a promotion into a raise.

How to Say It
“I don’t expect you to pay me more than I’m worth. I’d like to work up a brief business plan estimating how much added value I can bring to the job, beyond what the company expects. If I can’t convince you, then you shouldn’t pay me more. Can we meet in three days to go over it before you set a salary on the job?”

The biggest mistake people make in salary negotiations — mainly because it’s an emotional subject and they’re usually not prepared — is to blurt out a salary they believe they’re “worth.” But they fail to justify the number. They don’t make the case, except to say, “It’s what I think.” That’s not sufficient.

What if you negotiate a higher salary but your boss doesn’t deliver the promised raise? Consider the nuclear option.
An old boss of mine handled requests for raises quite effectively. If you asked for more money, he’d smile expectantly. “What more are you going to do?” It’s a fair question. I’d never talk money unless I had a good, defensible answer. Think of it as a simple business plan.

This approach should help your friend start a thoughtful conversation with her boss; a discussion, a friendly back and forth about the job, her skills, and specific ways she can bring more value to the job. Talking shop is always better than just haggling for money. It reveals true respect for the job and the employer.

To be truly effective at negotiating a promotion and a raise, your friend must be willing to make her case. This means preparing a brief business plan that justifies what she’s asking for. And, as in a job-offer negotiation, if what she really wants is truly important to her, she must be ready to walk away from the promotion if the pay isn’t to her satisfaction.

Have you ever been offered a job promotion (and more work) without an appropriate raise? How did you handle it? Did you ever decline a job promotion because it included no raise? Is such a deal ever justified?