Why job interviews are a persistent illusion

A reader questions the validity of interviews and we consider how job interviews are a persistent illusion, in the December 1, 2020 Ask The Headhunter Newsletter. 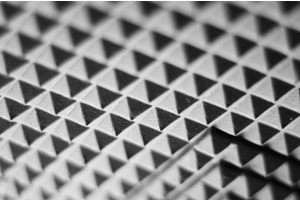 It’s good I’m no HR expert because if I were I’d question my sanity. I just had another job interview where I could tell the interviewer was unqualified to assess me. Almost all the questions were general like, “What accomplishment are you most proud of?” She didn’t assess my technical skills or my understanding of the job at all, just asked questions so she could decide how cooperative I am. Is HR insane? Is it me, or is job interviewing all wrong?

I agree that how employers interview is mostly wrong, and I’ll let you decide about HR’s sanity. But let’s dig into what happens in most job interviews.

Suppose you interviewed me for a job and I gave essentially meaningless answers to your questions. If you’re like lots of HR managers, you’d probably interpret what I said as useful information, and you’d rely on my nonsense statements to decide whether to hire me.

The illusion of job interviews

Don’t miss the 50% off
HOLIDAY SPECIAL!
Scroll down!
We’ve actually known for a long time that job interviews are a persistent illusion. That is, employers keep asking irrelevant and open-ended questions because they think they will “get to know a person” better. More astonishing, HR managers contend that these interviews are “structured” simply because all candidates get the same questions. Treating people consistently may make interviews seem fair, but it doesn’t make the information gleaned from candidates valid.

I believe such exchanges often yield little useful information. All we do is feed an illusion that we can make good hiring decisions based on worthless information.

Making no sense of job interviews

In a seminal study of job interviews done by Jason Dana and his colleagues at Yale University, job candidates gave random answers to an interviewer’s questions — but interviewers were confident that their resulting impressions of the candidates were accurate.

Employers make mistakes when they interview this way due to a common cognitive phenomenon: We’re wired to try to make sense of information, no matter how little value it has. Dana says we have a “propensity for ‘sensemaking’” — we try “to make sense of virtually anything the interviewee says.”

“Behavior, skills, personality – none of it by itself accurately predicts how well someone will do a job. None of it means you can perform. I reference the interview to the outcomes I need — to the work that must be done. I don’t hire people because of what they say. I hire them because they can prove they can do the work!” – Buck Adams, Telecom V.P.
& Commanding General, NORAD, Ret.

How can we stop our brains from making such costly hiring mistakes? First, we should avoid hiring people because we like them. We should stop listening to our feelings about candidates, and learn to rely more on objective metrics. (See sidebar.)

Chatting with job candidates might be satisfying and fun. But if HR (or a hiring manager) fails to gather appropriate evidence, it will likely lead them to make hiring mistakes.

What really predicts a good hire?

Dr. Arnold Glass, a researcher in human cognition at Rutgers University, said, “It has been known since Alfred Binet… constructed the original IQ test in 1905 that the best predictor of job (or academic) performance is a test composed of the tasks that will be performed on the job.”

In other words, use a job interview to learn what a job candidate can do. Gather hard evidence. None other than Google’s notorious former head of HR, Laszlo Bock, said open-ended interview questions don’t cut it.

According to Bock, even a candidate’s GPA is a more objective, useful predictor of future success than how an employer scores a job interview.

Dana cautions that information about a candidate gathered during an unstructured interview is likely illusory. Worse, it “can interfere with the use of valid information” that you take the trouble to collect and that can actually help you make good hiring choices.

HR and hiring managers need to curb their intuition and avoid hiring who they like. The more objective evidence an interviewer can glean from a job applicant, the more likely their hires will be good ones.

The purpose of any job interview is to assess whether you can do a job. That must be the crux of any hiring decision. Because employers have long been in the habit of asking peripherally useful and worthless questions, the value of most job interviews has become a persistent illusion. (Learn how managers can handle interviews better.)

What’s a job seeker to to?

What job hunters need to know is employers are persistently and generally wrong about job interviews.

If an employer subjects you to a friendly, open-ended discussion about your likes and dislikes, or quizzes you about what animal you would be if you could be any animal (or how many golf balls would fit in the Empire State Building), you’ve lost control of your job interview. It is then up to you to salvage the meeting. Gently break the employer’s illusion of interviews. Terminate the trivia game and the casual, unqualified personality test an employer seems to be giving you.

Help the employer get past the interview illusion. Help focus your meeting on the work. Help the employer understand exactly why you are really worth hiring by showing how you’ll do the job. (For a truly killer interview question, click here.)

Are job interviews an illusory way to assess job candidates? What should an employer ask? What should you convey to prove you’d be a good hire?

Every Ask The Headhunter PDF Book

(What books are we talking about? Click here to see all Nick’s PDF books!)

Use DISCOUNT CODE at checkout = HOLLY50