In-Your-Face Audio Q&A: How to get a job

Nick offers two fundamental audio lessons in how to get a job, in the November 24, 2020 Ask The Headhunter Newsletter. 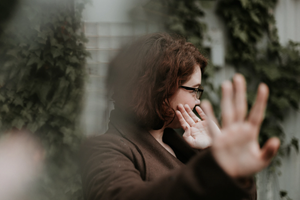 Welcome to this special audio edition of Ask The Headhunter. I was recently part of a panel of headhunters taking questions from job seekers in a virtual gathering. We covered some important basic lessons about how to get a job.

Apart from having a lot of fun, we tackled what I refer to as in-your-face questions — the kind that most “experts” prefer to avoid because there are no canned answers.

Rather than the traditional Q&A column this week, my advice is in audio format. These are just two excerpts from a two-hour event. Total listening time: 5 minutes, 30 seconds.

I hope you enjoy this shift in format. Based on your feedback, we may try more audio!

Sixty to seventy percent of jobs are supposedly found and filled through people that know us. Networking sounds good but few people enjoy it or do it well because it’s, well, icky. How can I network without feeling dirty?

If networking feels icky, you’re not doing it right. Networking should feel like making friends and talking shop. Length: 2:05

How Can I Change Careers? (PDF book): “A Good Network Is a Circle of Friends”

I’ve heard on business news reports that companies are not filling jobs because they are more profitable with a lower headcount. Do you find this to be true and how can I convince them to hire me anyway?

It’s important to understand why companies avoid hiring when they can, and why they might hire you even if they have no job openings. It’s all about profit — and learning how to get in the door. Length: 3:30

How to get to the hiring manager

Get In The Door (way ahead of your competition) (PDF book)

Did you enjoy the audio format this week?