Does it matter whether you’re qualified for the job? 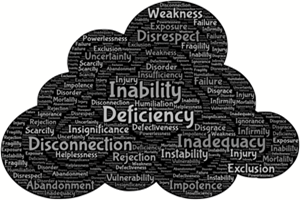 You’ve probably heard the following statistic: Men apply for a job when they meet only 60% of the qualifications, but women apply only if they meet 100% of them. The finding comes from a Hewlett Packard internal report. I was skeptical, because the times I had decided not to apply for a job because I didn’t meet all the qualifications, faith in myself wasn’t exactly the issue. I suspected I wasn’t alone. So I surveyed over a thousand men and women.

This article is an oldie but goodie (from 2014) about being qualified for a job — and it’s very relevant today! The hidden message in Mohr’s article is that women and men miss great job opportunities because the “job qualification requirements” scare them off. That is, they have the wrong perception about how hiring decisions are made. Read the article to understand why you should reach farther than the job ad says you should!

Do you under-apply for jobs because the “requirements” say you’re not qualified? How do you know whether you should apply? How do you handle jobs that are a stretch for you?