In the June 16, 2020 Ask The Headhunter Newsletter an executive gets an ultimatum from a headhunter. 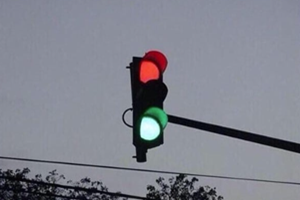 I am an executive at a large U.S. bank. I was approached by a headhunter and have had serious and positive discussions with a company he represents. We were at the next stage of me speaking with the CEO of the company. However, it turns out that the company is a business client of my bank and the CEO of the company is good friends with my boss. On account of this, the CEO is not comfortable meeting with me. The headhunter informed me that the CEO has asked me to resign or notify my boss of my intention to resign before he will meet with me and resume discussions. While they have indicated that they would then “fast track” the process immediately after that, it’s not a guaranteed offer. This seems absurd to me. The headhunter tells me this is not unusual at my high level, but I have never heard of such a practice. What are your thoughts?

This is a good example of the headhunter’s version of mixed signals. “Let’s talk about a job!” Then “We can’t talk to you about a job!” Not unless you quit your job first. Go, then stop, then go? What’s behind all this? The headhunter’s naivete or the CEO’s incompetence?

You’ve had multiple interviews with the company. They have undoubtedly read your resume and know where you work. So does the headhunter and the company’s HR department, which knows the company’s recruiting policies. Now the CEO interjects and implies there’s some sort of conflict in even talking with you because he’s your boss’s friend and the company does business with your bank.

What a mess. How absurd. How unprofessional. Why did they bring you in to interview at all?

Perhaps the CEO thinks he’s a paragon of ethical behavior in not hiring anyone that works for any of his friends or who works at any company his company buys from. He has manufactured a significant and risky constraint on who his company can hire.

Last week I chatted with Mac Prichard on his “Find Your Dream Job” career podcast. Have a listen: Choosing your target companies, with Nick Corcodilos.

I might understand if you worked for a customer of the CEO’s company. Then the CEO might risk losing the account. But would the CEO forego hiring an employee of the electricity provider that services his building? A lawyer from the company’s law firm? An employee of a restaurant the CEO frequents? A programmer from Apple if the company uses iPhones? Where does it end?

The only true conflict would be if the company’s contractual relationship with the bank forbids the company from recruiting its employees. I’ve never heard of such a thing. (However, it is common for a contract between a headhunting firm and its client company to forbid the headhunter from poaching the client’s employees. But that’s a different story.)

If the friendship between the CEO and your boss is the issue, then that CEO should stop recruiting anyone. How many friends does he have and at what companies?

The CEO has a fiduciary obligation to his company. This means he must act entirely on his company’s behalf and best interest. That includes when hiring. Unless there is some contractual or legal obligation preventing him from recruiting and hiring you, the CEO may be violating his obligations to his board of directors. His duty is to hire the best candidates, whether his friends like it or not.

Do you think the CEO disclosed to his board all the companies where he has friends, and from which he will not recruit candidates (like you)? Does HR know which companies represent forbidden fruit? Apparently not. That headhunter certainly doesn’t know.

The CEO’s company will have no access to all those potential candidates (like you). The company would be foolish to limit its access to good candidates.

Far more bizarre is that the headhunter demands you resign your current job just for the chance to meet with his client. Absurd? It’s insane, irresponsible, kooky and the sign of an employer you should cross off your list and warn your friends about.

Additionally, the headhunter’s explanation is disingenuous. If the company has a no-recruit list and your bank is on it, why doesn’t its headhunter know about it? Why did he recruit you from your bank, on behalf of the CEO’s company,  and put you through multiple meetings? The headhunter is wrong. He owes you a big apology for his and his client’s unprofessional conduct. (For more about how to deal with headhunters in such situations, please see How to Work With Headhunters… and how to make headhunters work with you, pp. 26-33.)

This is so far off the rails that you might consider having some fun with it. Tell the headhunter you’ll quit your job if the CEO will write you a check for a year’s salary if he doesn’t hire you for at least a 15% compensation increase within 3 months. You want the check now. You will refund the money if the CEO hires you.

Alternately, tell the headhunter you want to hear this directly from the CEO. You want to see the “no-poach” agreement the company has with your bank. You’ll get none of this, of course, but it’s a conversation I’d love to hear!

Good for you for stepping back for a reality check. You’re dealing with a very naïve headhunter and with a CEO that’s mismanaging his company, from the HR department up to the C-suite.

Perhaps he should hire his friend (your boss) to protect their friendship. Maybe that’s what he’s planning anyway.

On to the next!