How to Respond to “Take It or Leave It” 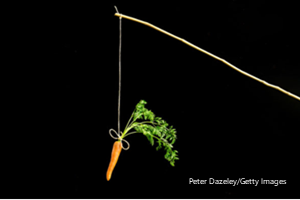 Have you ever heard one of these statements in the midst of a negotiation?

“That’s the best I can do. Take it or leave it.” Or, “I simply can’t make any more concessions. Sorry.”

Lots of negotiators use soft ultimatums like these to elicit concessions from the other party, and research shows that they are often successful in doing so. So what can you do when you are at the receiving end of such ultimatums? How can you persist to obtain a better deal for yourself?

Our research identified a surprisingly straightforward way to successfully navigate ultimatums: think about all the choices that you and your negotiation partner have in the negotiation. Or as we think of it, adopt a choice mindset.

You get a job offer. You try to negotiate it. They tell you they can’t or won’t. Take it or leave it. I usually advise a candidate to accept an offer if it’s within a few bucks of what they want. Don’t negotiate for its own sake or “because they expect you to.” But if you really think you’re worth more, never fold when the other guy gives you an ultimatum. This surprising research offers a sanguine strategy to get what you want. What I love about this method is that no salary survey data is required to make your case, and “integrative negotiations” can be a win-win.

Do you fold when the employer tells you the job offer is not negotiable? Or do you engage anyway? How do you go about it? What works for you? Did you ever blow it by going too far? Do you agree that “integrative negotiations” are possible when negotiating a job offer?