More companies are using automated job screening systems to vet candidates, forcing jobseekers to learn new and absurd tricks to have their résumés seen by a human. 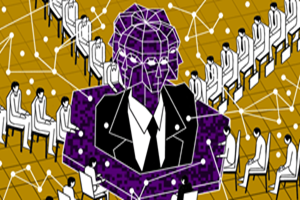 
“I’m doing something else while the system is interviewing my candidates,” [a “senior recruiter”] says with a smile. The message is clear: She’s offloaded much of her work to someone else. Ifeoma Ajunwa, an assistant professor of labor and employment law at Cornell University said automated systems will probably continue to amass between jobs and jobseekers. “I think that’s the way it’s going to advance… Companies have come to count on it.” The makers of more advanced applicant tracking systems are acutely aware of the bias problem, but are not certain of a solution. Should job applicants rebel? Should they refuse to take online assessments or to upload video faux interviews or engage the next faceless gatekeeper?

Don’t miss this excellent run-down on the “pseudoscience” and “profoundly disturbing” technology that HR is using in its never-ending battle to turn you into a bucket o’ bits. See also Why does HR waste time, money and the best job candidates?