In the November 12, 2019 Ask The Headhunter Newsletter a reader proposes resumectomy to save the patient. 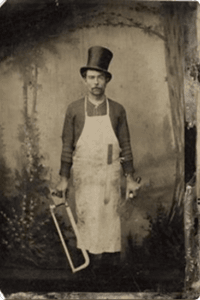 Does it occur to anyone that there is something wrong when a very good (flawless) resume or LinkedIn profile returns nothing, no interviews, no jobs — not even a thank you for applying? Why do we use them? I’m looking for an alternative to a resume. Is there an alternative?

People have been asking me about resumes a long time! Let’s try something. This is one of the oldest articles on Ask The Headhunter: Resume Blasphemy. It’s an exercise. It suggests an alternative to resumes. I’d like to ask everyone to please read it — it’s pretty brief. Then come back and continue here.

Have a resume, put it away

Everyone should have a good resume, and it should be clear, concise and easy to read. It should list places you’ve worked, job titles, education and time periods. Brief descriptions of what you did at each job are best.

That’s it. No fluff. No branding. Your resume is not a “marketing piece.” It’s a document that fills in the blanks about you for a hiring manager you have already had substantive contact with. Otherwise it’s just a dumb piece of paper or bucket of bits. Put it away until you talk with the manager.

Don’t use your resume “to get in the door.” Ten million other resumes are ahead of yours. And almost nobody reads them.

Of course, I get loads of arguments, opinions and  “yes, buts” about my position on resumes. (My favorite is, “I know an algorithm is going to process it, but you can’t win if you don’t play.”) That’s why I’d like to ask you all to strap on a rubber apron and some gloves.

Let’s cut the resume open. Let’s do surgery. Maybe we should just remove most of it, do ya think? A resumectomy. Don’t mind the splatter. It’s all good.

Three questions for everyone:

(If you’re a hiring manager, we’d all love to know how you’d answer those questions from your side of the desk.)

What’s that in there, in the resume? Is it alive? Is it beating? Or is it just mush? Should we take it out? Is a transplant in order?