What brilliant interview questions should you ask employers?

Although most candidates fear off-beat interview questions… they help interviewers better understand how candidates think and help assess for cultural fit… Here are three nontraditional questions that you should ask before signing on the dotted line:

1. How important is the company mission statement? 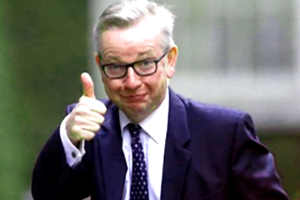 When we don’t understand our company’s greater purpose, we view work as an item on a to-do list–a means to an end — and don’t feel motivated.

2. What are the best-run meetings here?

If your interviewer is able to describe meetings that have a clear sense of purpose… it’s a sign of a healthy meeting culture and that meetings serve a greater purpose than as a time sink.

3. Can you describe your relationship with the custodial staff here?

Asking your interview to describe his/her relationship with custodial staff can be a powerful and subtle means by which to assess overall levels of organizational justice.

The problem with these “brilliant” interview questions is that they are indirect and too clever. They don’t get to the truth you need to judge an employer. I like Inc.’s #2 question, but I think the best questions you can ask in job interviews are about the work, the people, and the money.

I like questions that prove you can do the work and help you decide whether you want the job — or further discussions.