Employers are hiring all wrong

Most employers don’t know whether their hiring methods actually produce good hires, or how much time or money it costs to fill jobs. They don’t review the outcomes of their methods.

“Obsessed with new technologies and driving down costs, they largely ignore the ultimate goal: making the best possible hires,” says Wharton labor researcher Peter Cappelli, in the Harvard Business Review article, “Your Approach to Hiring Is All Wrong.”

Go around the recruiting and hiring systems employers want you to use, because they don’t work.

Cappelli says the root cause of most hiring is drastically poor retention. You’re most likely to change jobs and employers because your current employer is unlikely to promote you and provide new opportunities internally. This creates churn in the labor market and, ultimately, results in tremendous costs to fill jobs — an average of $4,129 per job in the United States.

Where are the hiring metrics?

Only about a third of U.S. companies report that they monitor whether their hiring practices lead to good employees; few of them do so carefully, and only a minority even track cost per hire and time to hire. Imagine if the CEO asked how an advertising campaign had gone, and the response was “We have a good idea how long it took to roll out and what it cost, but we haven’t looked to see whether we’re selling more.”

In the era of lifetime employment, from the end of World War II through the 1970s, corporations filled roughly 90% of their vacancies through promotions and lateral assignments. Today the figure is a third or less. When they hire from outside, organizations don’t have to pay to train and develop their employees. Since the restructuring waves of the early 1980s, it has been relatively easy to find experienced talent outside. Only 28% of talent acquisition leaders today report that internal candidates are an important source of people to fill vacancies—presumably because of less internal development and fewer clear career ladders.

More is bad, so scare away the applicants

Recruiting and hiring consultants and vendors estimate that about 2% of applicants receive offers. Unfortunately, the main effort to improve hiring—virtually always aimed at making it faster and cheaper—has been to shovel more applicants into the funnel.

Much better to go in the other direction: Create a smaller but better-qualified applicant pool to improve the yield… If the goal is to get better hires in a cost-effective manner, it’s more important to scare away candidates who don’t fit than to jam more candidates into the recruiting funnel.

How to determine which candidates to hire—what predicts who will be a good employee—has been rigorously studied at least since World War I. The personnel psychologists who investigated this have learned much about predicting good hires that contemporary organizations have since forgotten, such as that neither college grades nor unstructured sequential interviews (hopping from office to office) are a good predictor, whereas past performance is.

Since it can be difficult (if not impossible) to glean sufficient information about an outside applicant’s past performance, what other predictors are good? … There is general agreement… that testing to see whether individuals have standard skills is about the best we can do… Only 40% of employers, however, do any tests of skills or general abilities, including IQ. What are they doing instead? Seventy-four percent do drug tests, including for marijuana use…

The advice on selection is straightforward: Test for skills. Ask assessments vendors to show evidence that they can actually predict who the good employees will be. Do fewer, more-consistent interviews.

Be wary of vendors bearing high-tech gifts. Into the testing void has come a new group of entrepreneurs who either are data scientists or have them in tow. They bring a fresh approach to the hiring process—but often with little understanding of how hiring actually works… These vendors have all sorts of cool-sounding assessments, such as computer games that can be scored to predict who will be a good hire. We don’t know whether any of these actually lead to better hires, because few of them are validated against actual job performance.

When applications come—always electronically—applicant-tracking software sifts through them for key words that the hiring managers want to see. Then the process moves into the Wild West, where a new industry of vendors offer an astonishing array of smart-sounding tools that claim to predict who will be a good hire. They use voice recognition, body language, clues on social media, and especially machine learning algorithms—everything but tea leaves. Entire publications are devoted to what these vendors are doing.

What all this tells us is that employers suck at hiring, and if you follow the rules the Employment System itself is likely to prevent you from landing a new job — because it doesn’t work. Go around!

It’s impossible to get better at hiring if you can’t tell whether the candidates you select become good employees. If you don’t know where you’re going, any road will take you there. You must have a way to measure which employees are the best ones.

Why is that not getting through to companies? Surveyed employers say the main reason they don’t examine whether their practices lead to better hires is that measuring employee performance is difficult.

Like the sales manager who asks, “Is what we’re doing generating sales?”, you must learn to ask, “Is what I’m doing getting me job offers?”

Your boss checks to see whether the work you are doing yields the expected results — that’s a business task.

Just because employers behave like dummies when it comes to hiring doesn’t mean you have to play along or encourage them. Apply your business skills to the business task of getting the right job.

Organizations that don’t check to see how well their practices predict the quality of their hires are lacking in one of the most consequential aspects of modern business.

The truth hurts employers, but it hurts job seekers even more. I’ve only touched on what you can do to capitalize on Cappelli’s findings and suggestions. How can we use this news? 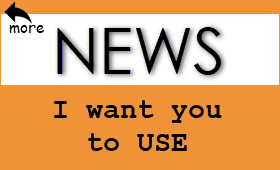