6 signals to reject an employer recruiting you

In the February 19, 2019 Ask The Headhunter Newsletter something tells a reader it’s time to reject an employer’s recruiting come-on. 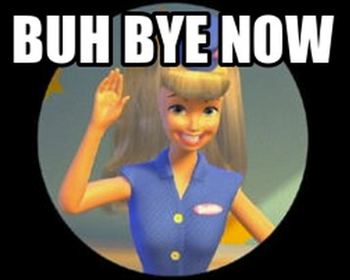 After multiple interviews with managers and team members, a well-known company made me a job offer that I refused. The offer was good, considerably more than I earn now. But the deal was unacceptable because, from one meeting to the next, the team showed me the company is undisciplined, disorganized and incapable of conducting business with someone they want to hire. And they recruited me! I didn’t go to them looking for a job! This of course tells me they are not worth doing business with, period. I’m writing to you because I’ve concluded that I should have cut the meetings off sooner. I was so focused on performing at my best that I didn’t calculate the problems that now appear so obvious to me. Can you poll your readers and ask them what signals during interviews tip them off that a company is not worth working for, much less continuing interviews?

I’ve been saving a story I read recently about just this problem — employers that aren’t worth interviewing with. Don’t feel bad, because in the throes of the evaluation process, a candidate is understandably trying so hard to impress that he or she dismisses signals that suggest it’s time to walk away. Nonetheless, there are indeed signals you should be looking for early in the process. You should not wait until after you’ve invested many hours and loads of effort to calculate whether an employer is worth it!

6 signals tell you to reject an employer

San Francisco recruiter Ken Hansell posted this story on LinkedIn, from a job candidate who rejected a job offer and declined to negotiate further. Like you, this candidate probably waited too long to tell the employer to take a hike.

I declined the offer… I’m staying where I am.

The recruiter called me and asked why? This is one of the top companies. What’s the counter offer?

Me: No counter offer.

If you want to hire talent, fix your basics. Treat candidates as people, not as applicants.

This job candidate has outlined six clear signals that they were interviewing with a wrong company, that is, one not worthy of consideration. All these signs are important, but the third one is key:

This critical distinction is lost on most people. Applying for jobs you’re pursuing is one thing. But when a company finds you, pursues you, solicits you, and convinces you to come talk about a job — then the calculus changes entirely. (See Reductionist Recruiting: A short history of why you can’t get hired.)

As you and the candidate in the LinkedIn story both noted, you were not looking for a job, so asking you why you wanted to leave your old job is not just presumptuous and rude — it reveals a totally misguided approach to hiring.

When you are recruited, an employer should do three things:

When you are recruited, an employer that fails to treat you as an honored guest reveals a profound ignorance of how the world works. That’s simply disrespectful. It’s the sign of an uncouth, uncultured, stupid organization that’s bound to fail — one you’d be wasting your time with. (See Stupid Recruiters: How employers waste your time.)

I’ll repeat that: When a company — whether its manager, its recruiter or its headhunter — comes to you and suggests it is interested in you, it should treat you with special respect and deference.

Blind solicitations are not recruiting; they’re spam. The trouble is, most people don’t understand this. They allow companies that recruit them to treat them like beggars. Don’t. You’ll save a lot of time if you separate employers you pursue from those that come to you. This is not to say all employers should not treat you respectfully. But when a company or recruiter solicits you, expect to be treated as an object of desire — or walk away if you’re made to feel like somebody who applied for a job.

What the 6 signals really tell you

The six signals above tell you that an employer is wasting your time. Here’s why.

The job candidate in the LinkedIn story didn’t even consider negotiating the job offer because the employer signaled six different ways why it’s not worth working for at any salary.

Know when to reject an employer

The best way to land a great job is to focus your available time on employers worth interviewing with and worth working for. (Yes, some employers do it right. See Smart Hiring: A manager who respects applicants (Part 1).) That’s why it’s critical to know who’s going to waste your time. Those six signals are crystal clear. But they’re not the only signals that should give any job candidate pause — or perhaps make them head for the door immediately.

What additional signals from recruiters and employers tell you the “opportunity” they’re dangling at you will be a painful waste of your time? Please be specific — let’s create a test kit that helps everyone distinguish opportunity from agony.