Why does he get more pay than me?

In the August 8, 2017 Ask The Headhunter Newsletter, a reader becomes disgruntled upon learning a co-worker at the same job gets more pay. 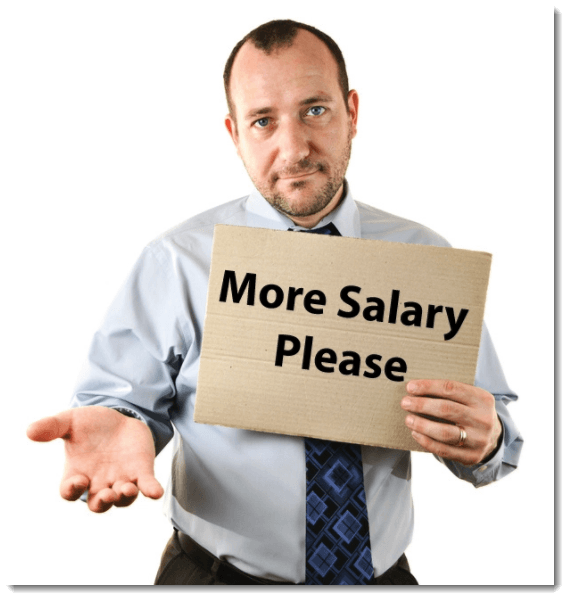 I recently started a new job, and there is one other person here who does what I do. He was hired about six months before me. While he was helping me get settled, he showed me his annual benefits enrollment form as an example. It had his salary pasted all over it, and I was dismayed to find out that he makes 30% more than I do.

We have the same job, the same responsibilities, and my initial assessment is that my skills and background are stronger than his. (He did have a contracting relationship with the company for some time before he was hired.)

It’s been very demoralizing to learn this so soon after starting this job, which is otherwise a good situation for me. Is there any way to handle this, besides going out and finding another job? It’s hard to be happy and effective at work knowing someone else who does the same things you do earns so much more. Thanks!

There’s a parable in the Bible that’s useful here. Two farm hands hoeing a row of beans stop for a break. Abe mutters, “I can’t believe I work this hard for $5 an hour.” Isaac is stunned. “$5 an hour? I get only $3 an hour!”

You have no idea why the boss pays your buddy more than he pays you. But there may be many reasons. For example:

The list of possibilities goes on. The point is, you accepted a certain deal, and your boss is honoring it. Don’t leap to a conclusion about this.

My guess is your boss isn’t going to pay you more just because you want more. You’re going to have to justify your request, and it won’t help to compare yourself to someone else. Demonstrate your own value. (See Stand Out: How to be the profitable hire.)

When the time comes for your first performance and salary review, I suggest you prepare for it like this:

This approach will help you justify your value — and the extra money you want — to your boss.

What’s fair depends on the facts

Be careful: Value isn’t as obvious as you might think. Your co-worker may be more valuable to your employer than you are. While you may be getting treated unfairly, you just as well may not have all the facts to make that judgment.

You made the deal

I believe employers should pay equitably and people should be paid what they’re worth — but value is relative depending on the needs of the employer. You may indeed be worth more than you’re being paid, but you made the deal.

Could you have made a case for more pay? If yes, then this is on you. But consider that negotiations will come around again at review time. I suggest that you focus on the issues we’ve discussed — issues that might not seem so obvious — and that you respect the deal you made until the time is right to renegotiate it. It doesn’t sound like the salary was unsatisfactory when you accepted it. (Needless to say, you always have the option to quit.)

My advice is to take this one step at a time, and be careful not to disturb your good relationship with your co-worker. He’s hardly to blame. Focus on what the boss knows about your value, and make it your job to clarify that.

Finally, my apologies to the Bible for mangling a good parable.

(Ever wonder how asking for a promotion and a raise are similar to interviewing for a new job or a new career? The challenge is almost exactly the same — it’s about how to deliver more value to get more money and a better position. To learn more about how to make yourself stand out in front of your manager — or the boss you want to work for — check out How Can I Change Careers?)

Should you suck it up when you accept a deal that suddenly appears less desirable? For how long? And, how can you fix it? If you’ve been in this situation before, tell us how you handled it. What can this reader do now?